Some of the pictures are clickable if you want to get a closer look at the plants that have survived the dark cold winter after sprouting in October.
Lettuce of the Self Sowed Variety and Swiss Chard and Wild Onions 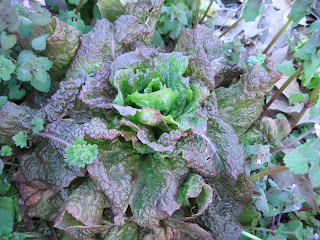 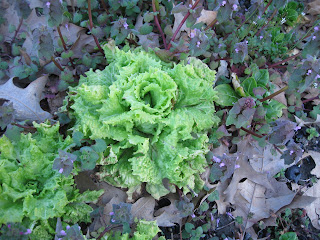 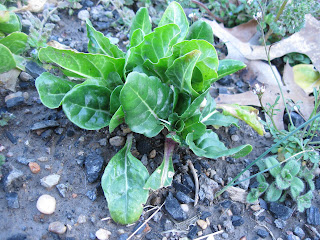 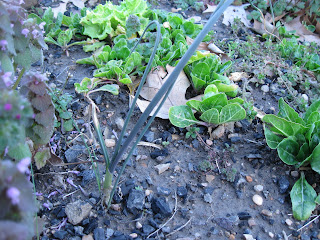 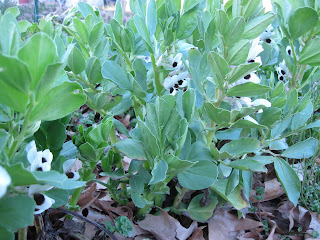 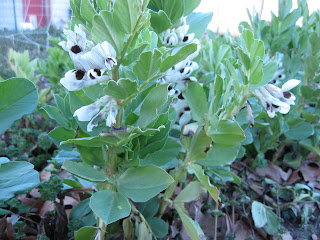 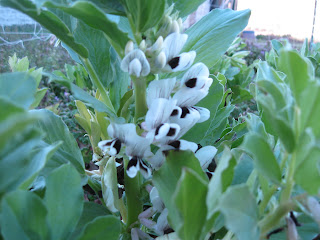 The Windsor fava broad beans are full of blossoms even though nary a bean has yet to form. The plants are not very tall yet maybe ten inches (25.4 cm) but they should grow up to three to four feet tall (0.9 - 1.2 meters). Just a few had blackened tips from the winter frosts and some of the plants had stems that had bent and died in the wind storms but every single plant has lived through the long dark winter days, after being directly seeded into the garden mid-October.
The lettuces have formed beautiful rosettes, although the weeds are also huge and definitely competing with the lettuces. But the Swiss chard are tiny tiny tiny and the wild onions don't look as if they'll be getting very big this year. All the large lettuces were harvested December 2nd before the first hard frost, and the lettuce that are now in the garden were tiny self-sowed starts at the beginning of winter.
Posted by Phuong at 12:43 AM

thats awesome my friend- another thing to be aware of is the wild garden on the outskirts of your plot- planting wild edibles which reseed themselves, so that if you leave, or if you don't garden one year, you will still have food available if you search for it- like arugula for example, I see you did that with your lettuce, you could also do that with african tree-collards, which grow here in california with no water during the summer, but survive the cold and frosts during the winter- might work in your area- better than kale, but only needs to be planted once! have fun1