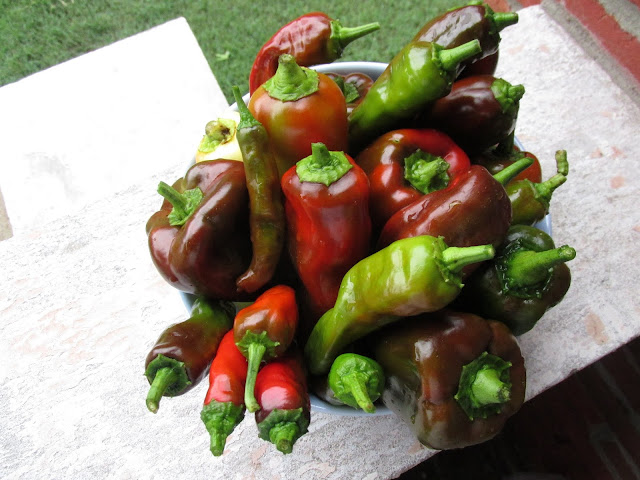 The only bell pepper I'm growing this year is Carmagnola Rosso which have started ripening, four of them got picked yesterday. They have a great flavor, but they are super late.

If I was able to plant them outside earlier, I could probably get them to set fruit before the heat caused them to abort their blooms or sterilize the pollen. The last 2 years I've had to wait more than a month after the last frost to plant peppers because the ground was too wet to work. 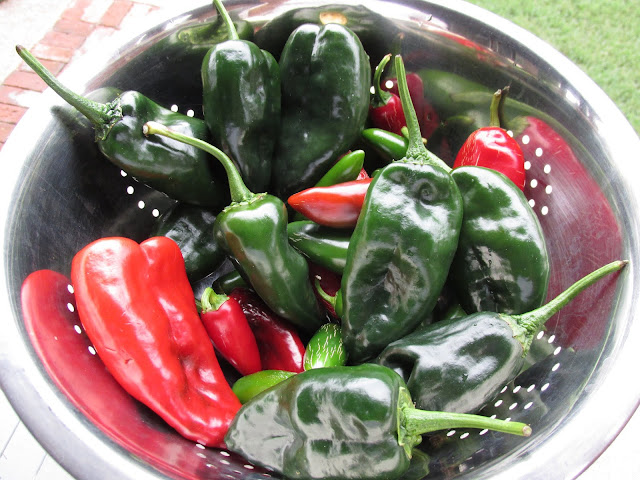 Spicy pablano and jalapeno peppers. Most of the jalapenos have been getting cracks in their surface, likely from the stress of this year's hot dry summer.

I was planning to stuff the poblanos with cheese, coat them with panko, bake them and freeze the extra. The jalapenos will probably get stuffed with cream cheese, wrapped in bacon, baked and frozen as well. I've never made jalapeno poppers before, but that's how a couple of friends prepare them using bacon.

The fall garden is so close to being planted. There's just three beds left to plant with greens, and once the sweet potatoes get pulled, fava beans will go in their place to overwinter. I did end up starting tatsoi, mizuna, mibuna, lettuce, and chicory in tubs, so at least they got an earlier start than usual. But we're supposed to get back into the 90's (32 degrees Celsius) at the end of the week. Ugh.

I hope everyone is having a glorious fall with lots of sunshine and cooler weather. Please join us for Harvest Monday hosted by Dave at Our Acres.
Posted by Phuong at 2:54 PM 14 comments: 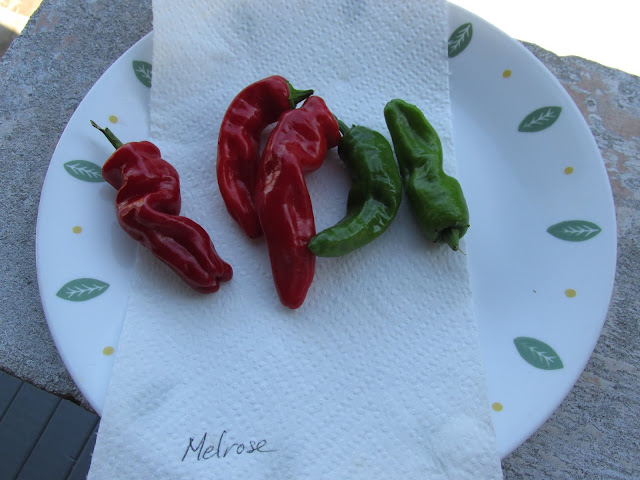 The peppers really need to be watered so they can keep setting fruit, but I've been putting it off in favor of hand watering the newly planted beds. It's been a dry hot August, hopefully September will bring us some rain. 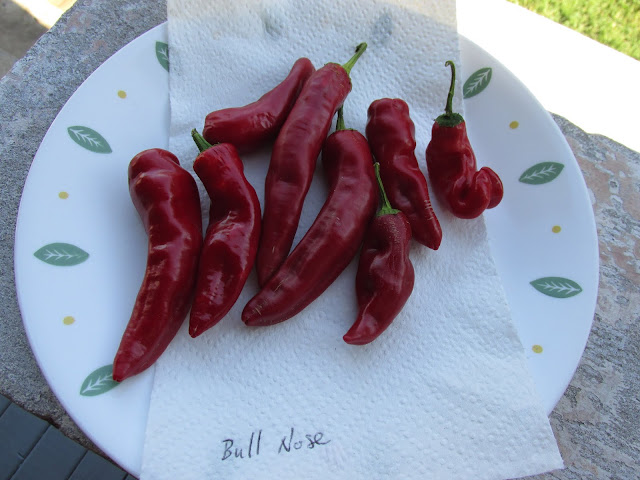 That's definitely a typo written in the picture, these are actually Boldog Hungarian peppers. They're another thin walled sweet pepper. Melrose was earlier to ripen, but they're both prolific. 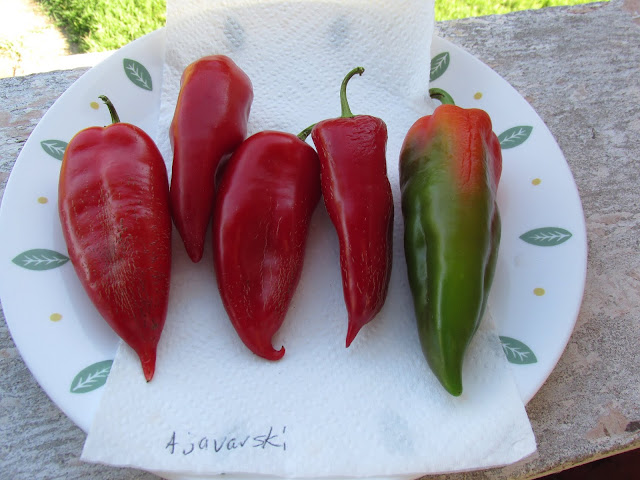 Ajavarski sweet peppers are thick walled and juicy, and they're good sautéed with onions. 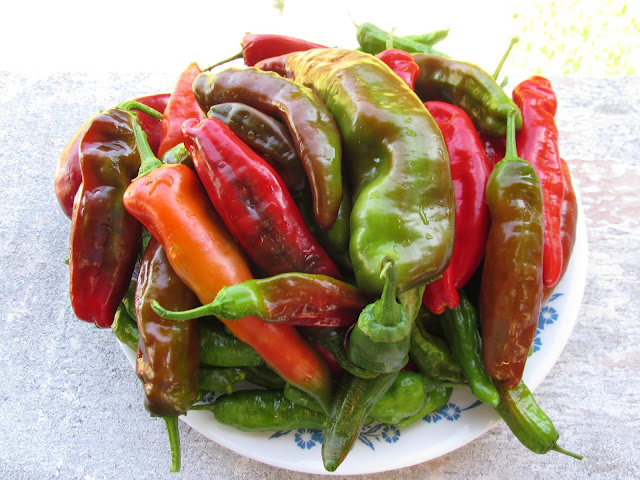 A mixture of Corno Rosso, Marconi, Corno di Toro, Feher Ozon, Shishito, and maybe an Odessa pepper. I keep picking the green Shishito peppers even though they tend to be too spicy to eat, maybe eventually the weather and their innate heat will start to come down.

The only bell pepper I'm growing are Carmagna Rosso and they're taking forever to ripen. We still have close to 2 months before our first heavy frost, so they still have time.

I got the rest of the garden dug by hand and then raked over on Sunday, and then spent the rest of the day in bed.We've all been sick this weekend. Since kids are back in school they're probably sharing all their illnesses. If I'm up to it, I'm going to spend a few hours this morning planting the rest of the beds.

All the fall greens, lettuces, and peas still need to be planted. I might plant some more turnips and radishes, in case earlier plantings end up too spicy from the heat.

Please join us for Harvest Monday hosted by Dave at Our Acres.
Posted by Phuong at 8:26 AM 16 comments: