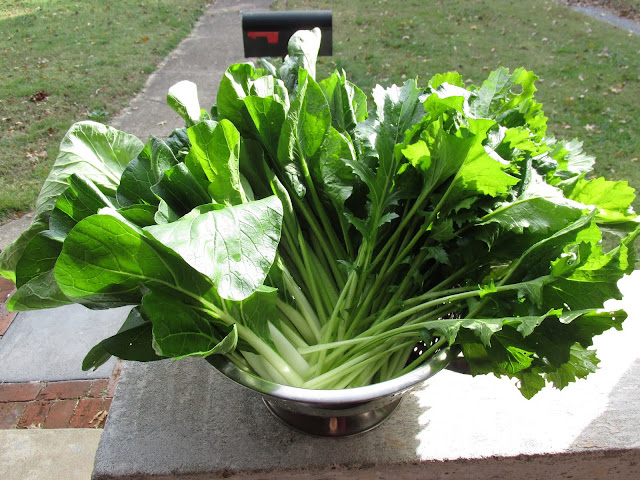 Clockwise from the left are mixed choys, Toraziroh, and Mizspoona gene pool. 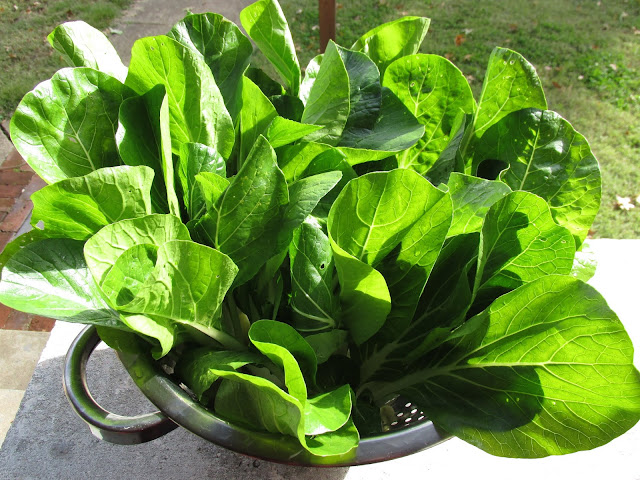 Canton White pak choy. I harvested whole plants because they're overcrowded and their bed is too shaded. Even the fast growing broccoli raab in that bed is slow growing, it's just now starting to gain some size.

There's been quite a few light frosts, but I'm hoping a hard frost won't come until December. Even then I'm planning to use garden fleece and straw, if I can actually fine straw.

Please join us at Harvest Monday hosted by Dave at Our Acres.
Posted by Phuong at 3:00 AM 8 comments: 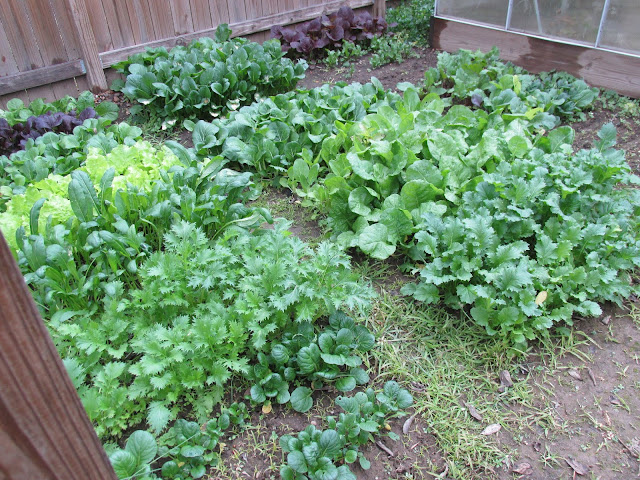 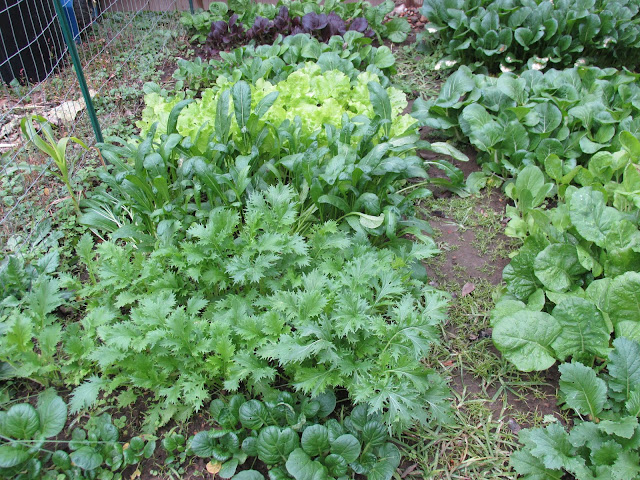 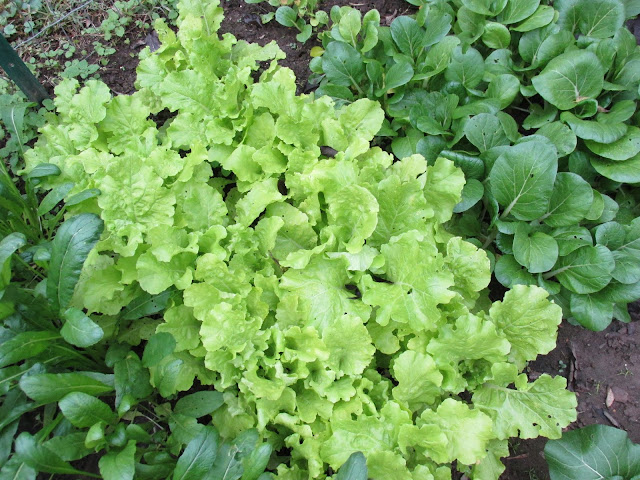 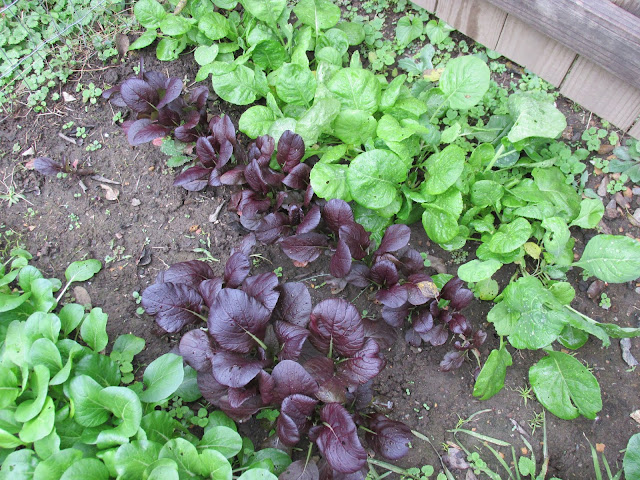 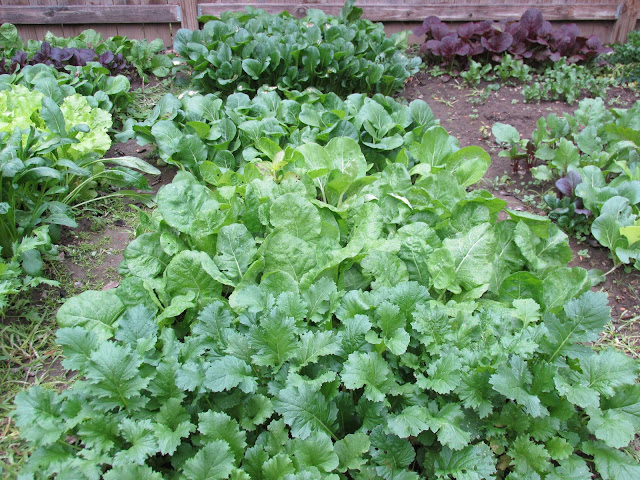 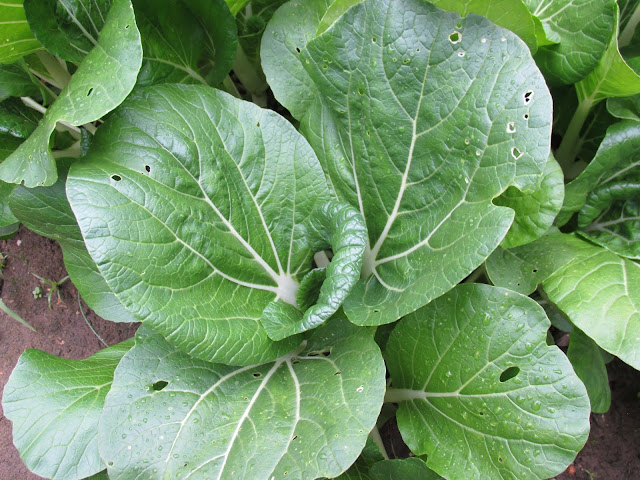 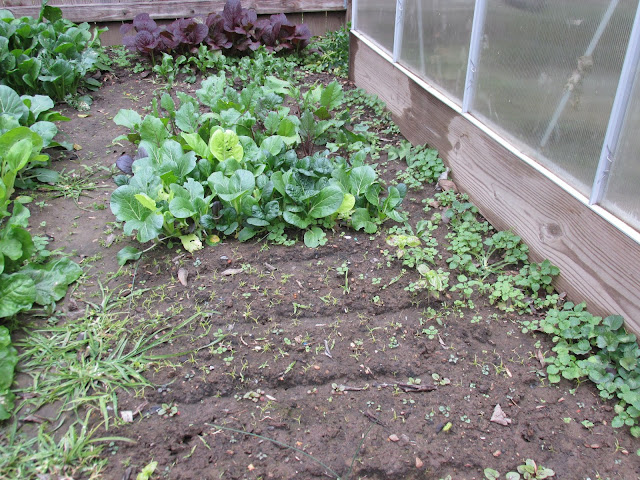 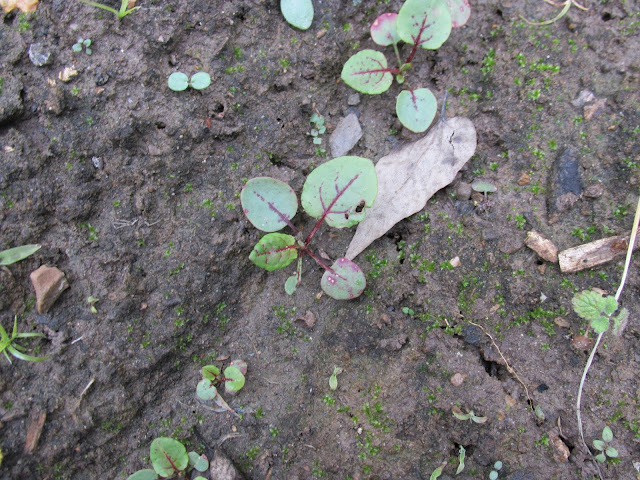 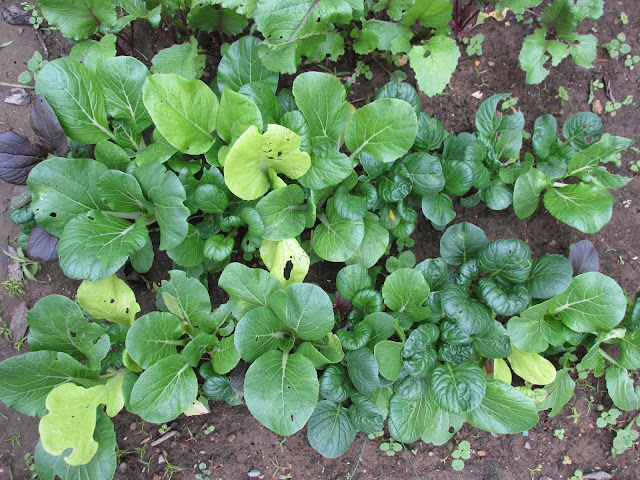 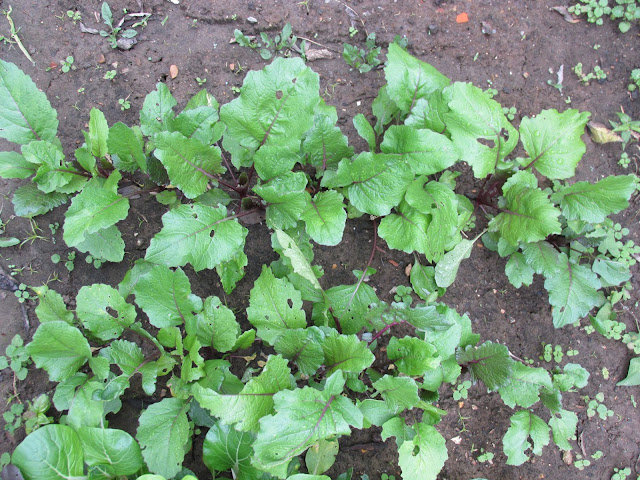 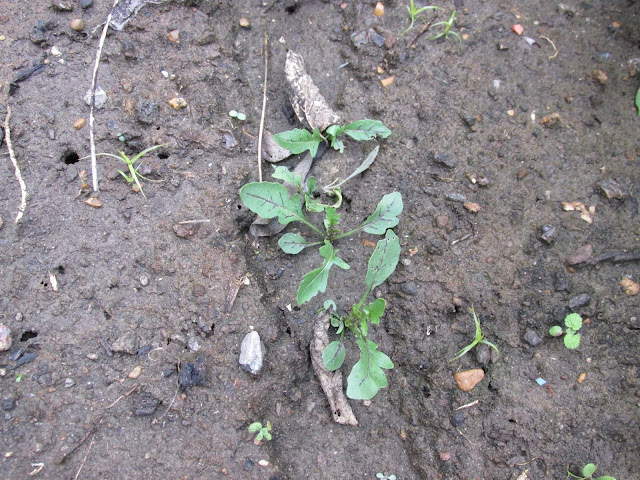 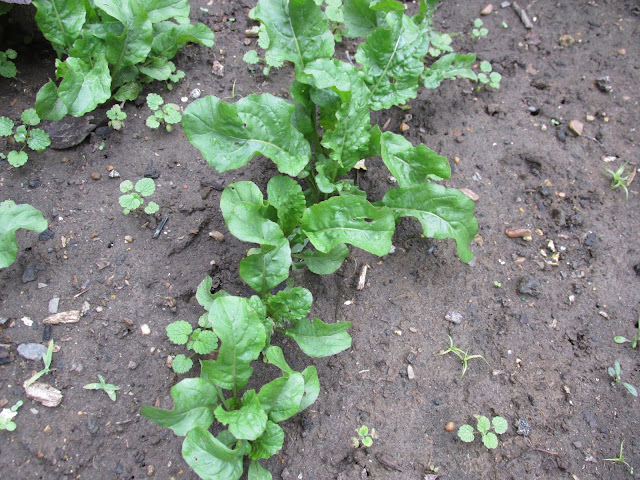 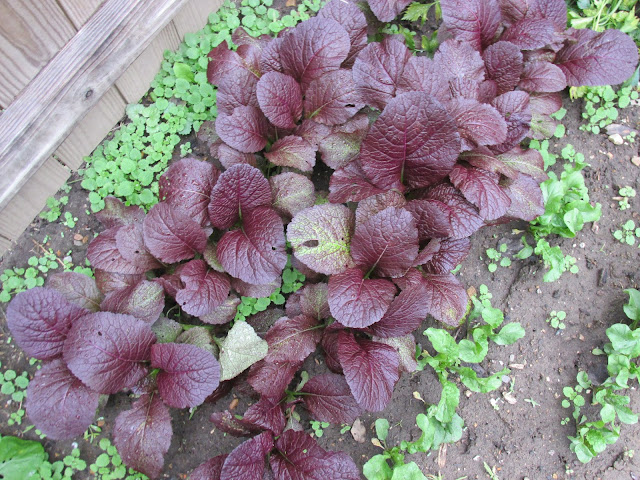 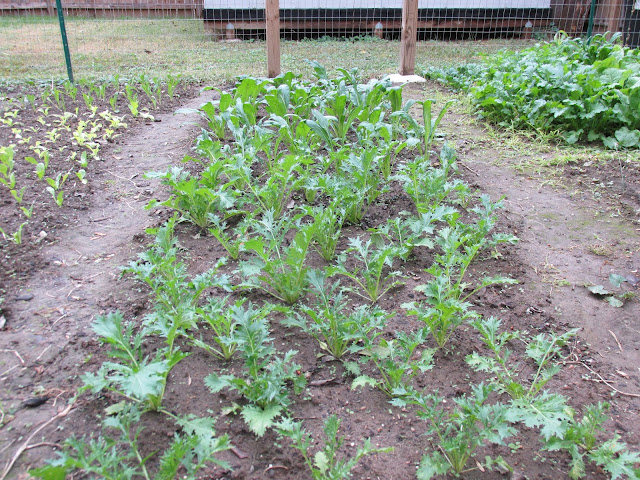 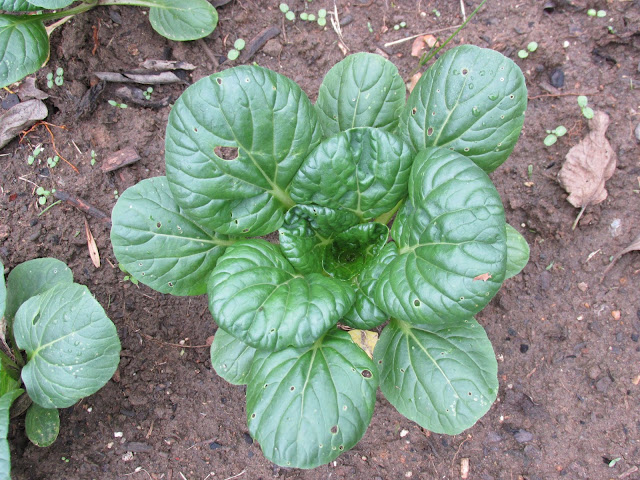 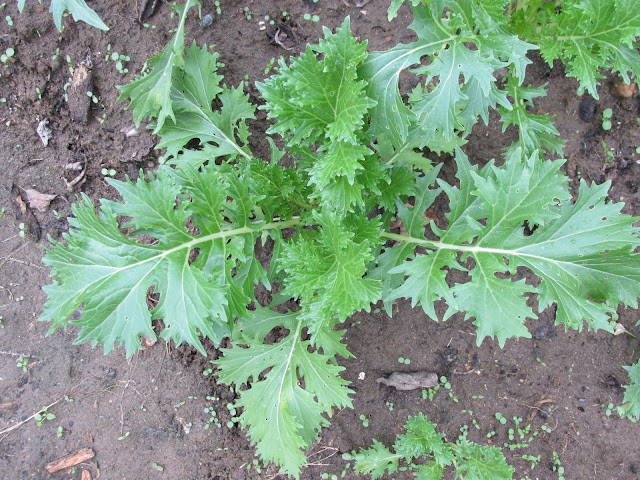 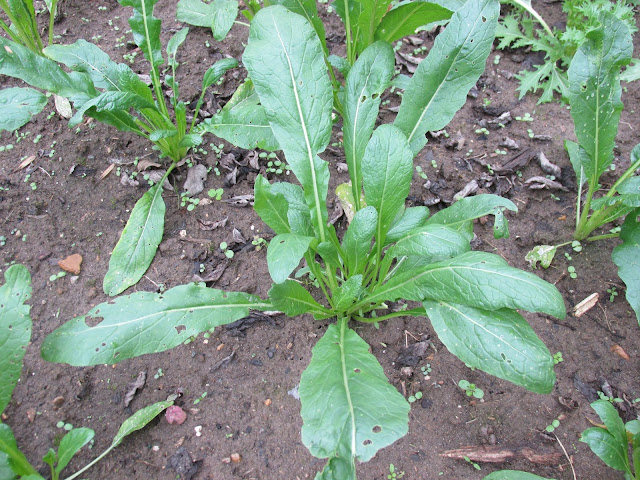 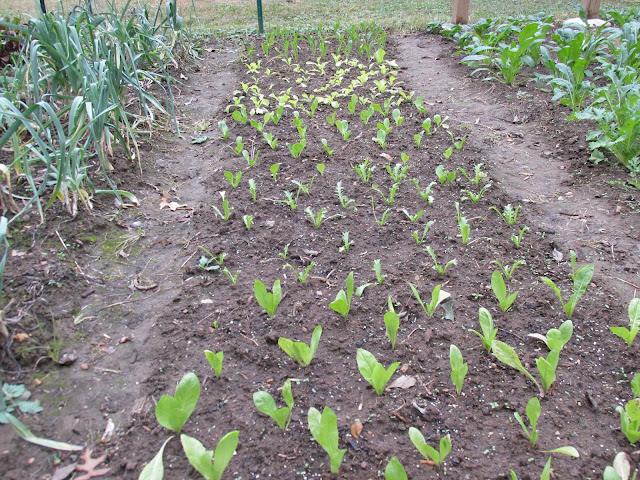 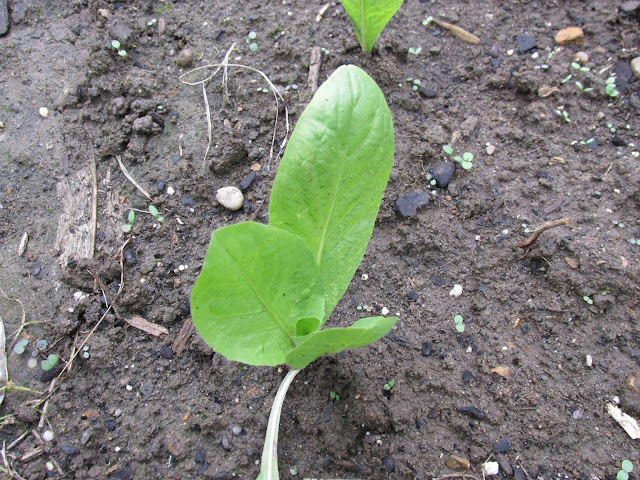 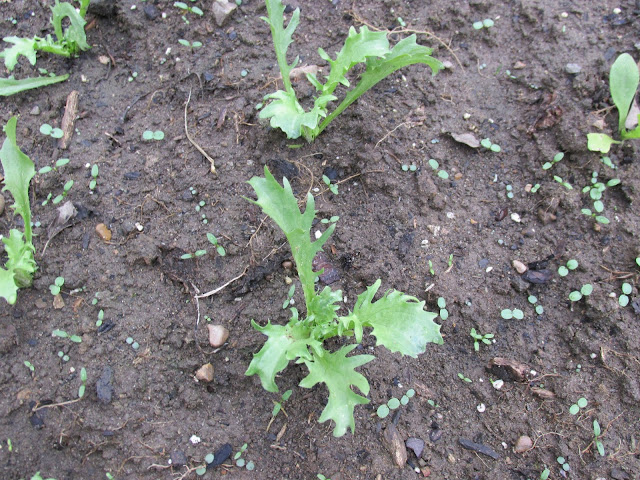 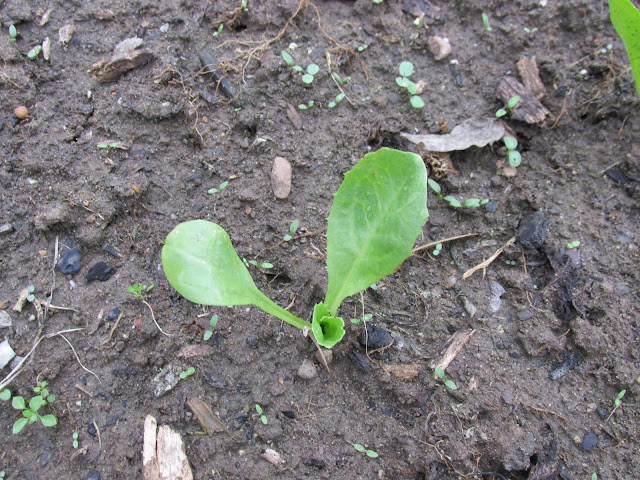 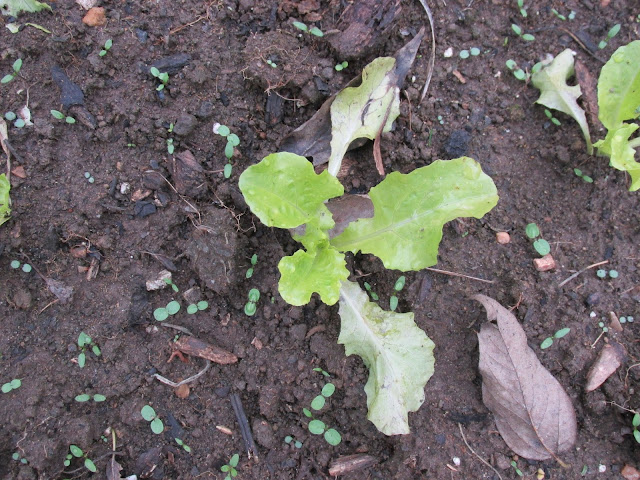 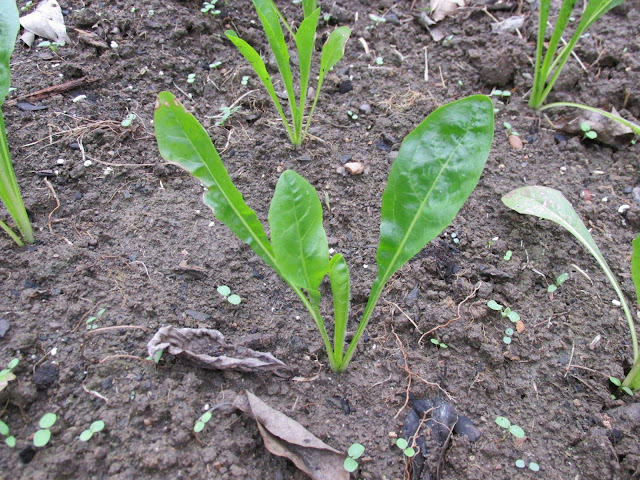 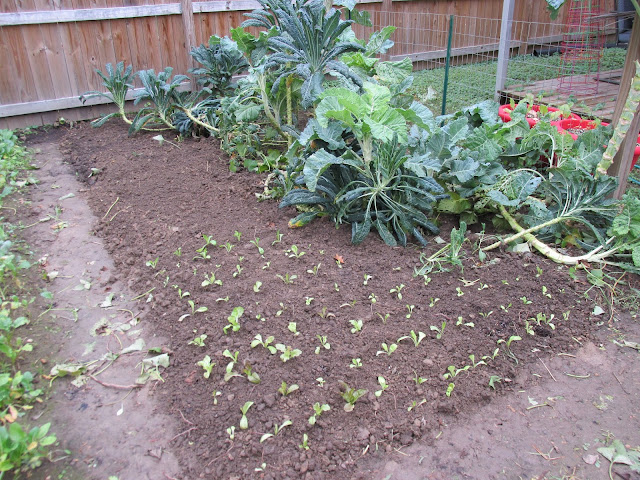 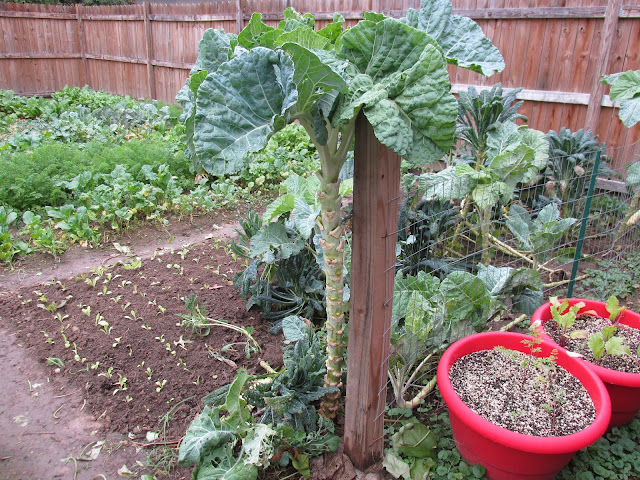 The root vegetables will get covered next time. The beets are the best I've ever grown, which isn't saying much, and the carrot tops are the biggest I've gotten while gardening in Kentucky.
Posted by Phuong at 3:00 AM 12 comments: 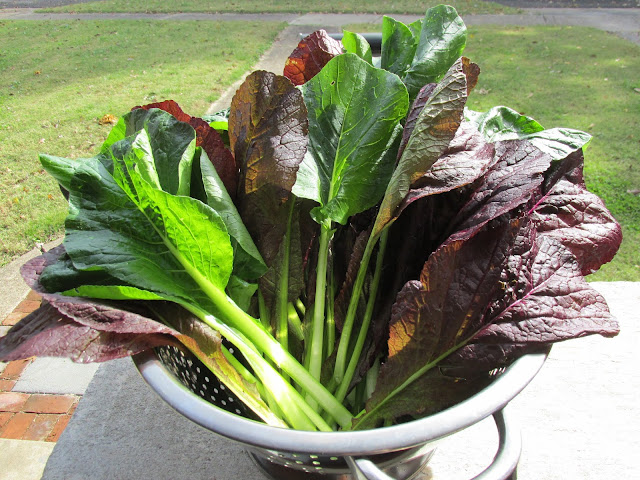 Toraziroh and Garnet Giant mustard. I harvested tons of greens on Saturday, November 3rd, but haven't tried either of these greens yet. I have high expectations that they'll be delicious. 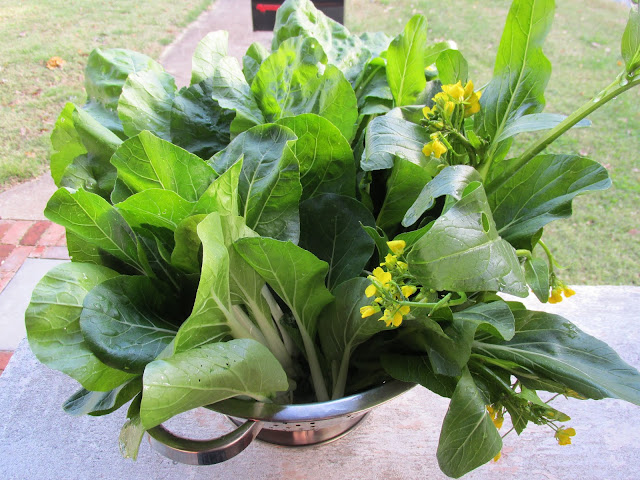 Clockwise starting on the left we have Canton White pak choy, Senposai in the back, and then the flowering Gunsho choy sum on the right. We actually ate this huge colander full of greens over the weekend as a side dish to a Salisbury steak with white sauce my husband made in the crockpot. They were fantastic together served atop rice. The greens were simply prepared sautéed with onion, garlic, a splash of nuoc mam, and ground black pepper.

It finally cooled down at the end of October and we've been getting rain regularly, which means the greens are really growing now. I'll probably start harvesting radishes and salad turnips this week as well. A friend uses radishes as a substitute for potatoes in dishes, and she said her kids never knew the difference. Then again, her kids are little so maybe they just didn't know the difference?

Please join us at Harvest Monday hosted by Dave at Happy Acres. A strange and wonderous place where questionably sane gardeners brave the wintry elements to tend their gardens and harvest vegetables.
Posted by Phuong at 5:52 AM 18 comments: