I'm joining Harvest Monday at Daphne's Dandelions late because we were out picking corn yesterday at a friend's farm and today I've been spending processing corn. 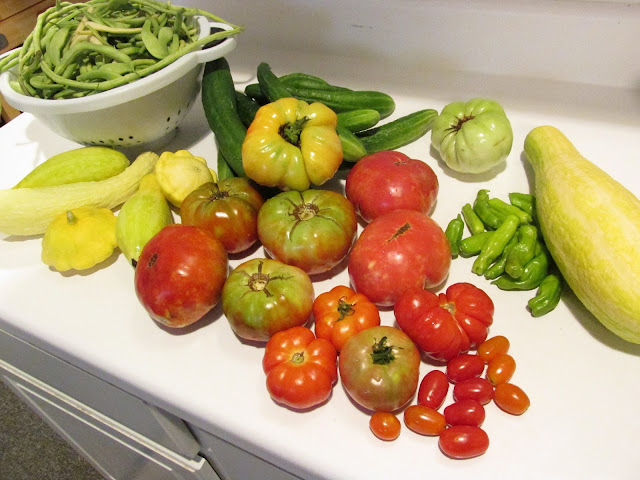 Monday, July 13th. Not pictured here are maybe 40 pounds of ruined ripe tomatoes that I picked off the vines. Some were the biggest tomatoes I've ever grown (the first ones from the plants are usually the biggest for me). At least it's good to know that Paul Robeson and Costoluto Genovese are somewhat flood resistant, and yellowish one at the top is an almost ripe Big Rainbow which has a very pretty pink starburst on the bottom. And as a side note Costoluto Genovese can produce fruit in very hot drought conditions as well. I don't know where all these summer squash were hiding but the big one is destined for squash bread.

I picked about 6 pounds of tomatoes Saturday, the 18th, right before work so no pictures of them. 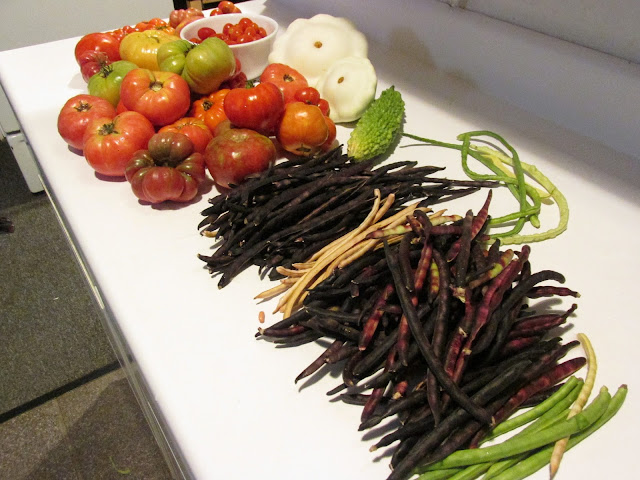 Picked on Sunday, July 19th: Tomatoes, bitter melon, summer squash, and Pinkeye Purple Hull peas. When I was planting the 2 packets of Pinkeye Purple Hull pea packets I noticed that some of the peas looked off, this is from the stand of peas that barley germinated so the bed ended up getting planted with asparagus and artichokes as well. 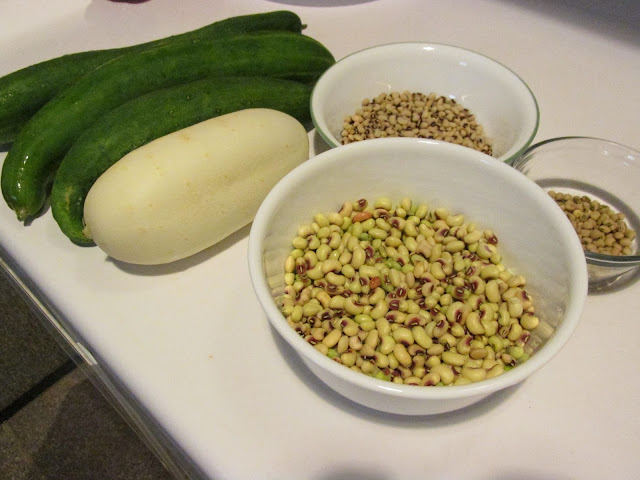 Here are the shelled peas, some dried peas for next year's planting, and the small clear bowl holds the Not Pinkeye Purple Hull peas which are much smaller maybe they're zipper peas. The cucumbers are a bit overgrown but it's nice to see a white cucumber (I thought they hadn't germinated). The broccoli missed being photographed.

But with the first ripe tomatoes we have begun our annual bacon, lettuce, and tomato sandwich saga. Paul Robeson is such a meaty delicious tomato, even with all the water the plants took on the tomatoes are still so good. After we finished our first BLT on sourdough bread I immediately wanted another one, and my partner stated he could eat four of them.

The bush beans have been a big surprise. They keep producing a good amount of beans, and the plants are putting on another big flush of flowers. Amazing. They must really love the rain. And some of the yardlong asparagus beans have just begun to produce.

The squash plants look terrible, the stems are looking very unhealthy but they keep producing and that makes me happy. The cucumbers though are on the downward spiral into oblivion, squash bugs have taken residence on their trellis and I've started seeing cucumber beetles so it's just a matter of time.

The Waltham broccoli are still producing a good number of side shoots and a couple of the Di Cicco and one of the Summer Purple Sprouting is just starting to produce a head.

I wanted to mention the giant Gelber Englischer Custard summer squash was actually amazing. It was sweet and delicious and had the tiniest seed cavity with the smallest barley formed seeds, so it was a fairly young squash.
Posted by Phuong at 4:31 PM 10 comments:

There was a big storm system that came through Monday night and is still running its course. We ended up getting flooded out that Monday night. I woke to a screaming baby and thunder that shook the house. Stepped out of the bed and my feet hit water. What a mess.

Lets just say, trying to gather your belongings and get as many things off the ground as possible in the middle of a horrendous storm in the middle of the night with a sobbing baby in the background, it was surreal. And nightmarish.

The streets were impassable just one street over from ours, but we were still able to get down the middle of our road.

And just like that the water was gone. Mmm. While I write this, thunder is rumbling across the sky.

And daylight darkens.
Posted by Phuong at 2:46 PM 10 comments:

Summer is just flying by. July already, I'm just not ready for summer to end. I've only been picking 4 vegetables the last few weeks but hopefully other things will start appearing. The first melon was spied in the garden, a fuzzy green baby Uzbek. 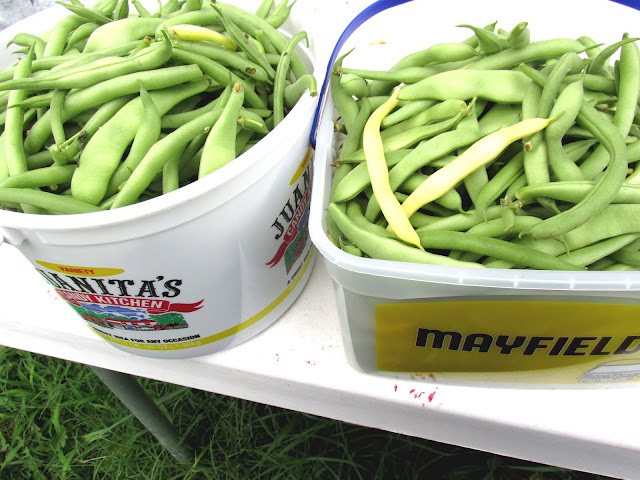 We have more green beans from the bush bean bed which ended up being more than the first picking by 1.32 pounds. 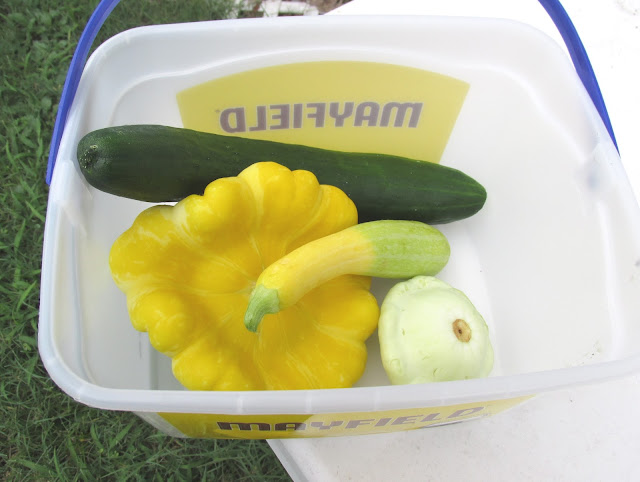 Summer squashes and a cucumber. 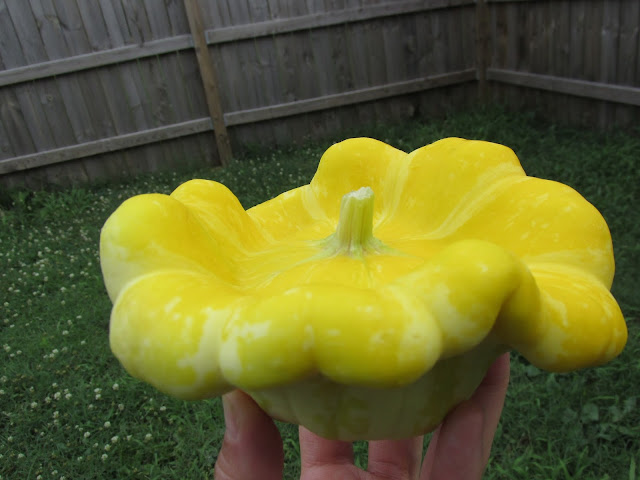 Here's a close-up of the Gelber Englischer Custard squash, it's huge and the coloring is very pretty. It had been hiding under a leaf. 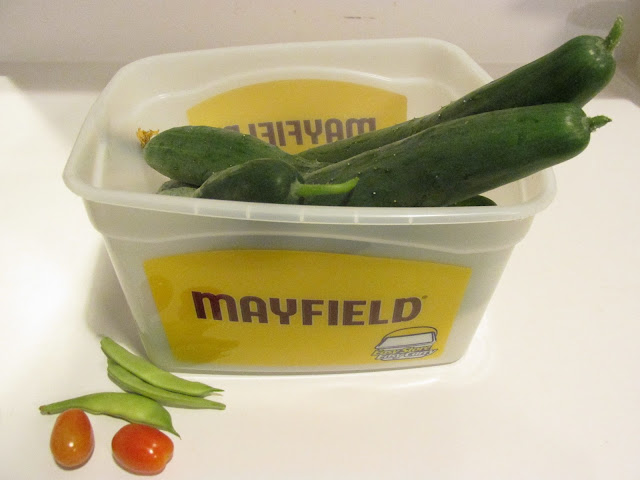 The first grape tomatoes. We got another handful on the 4th of July, they're all meat with a nice firmness and good tomato flavor. Not too sweet which my husband likes. 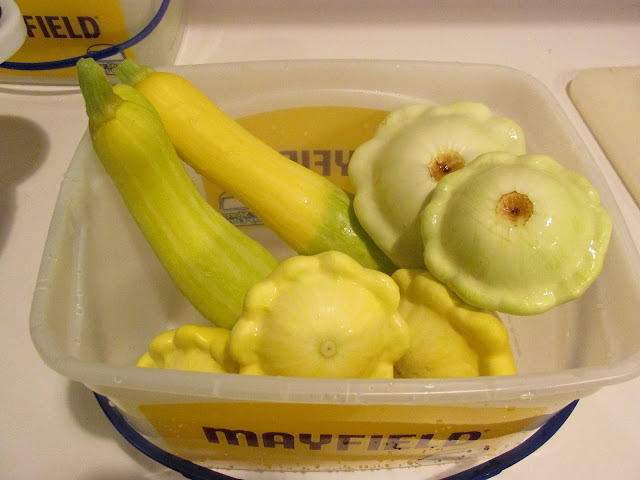 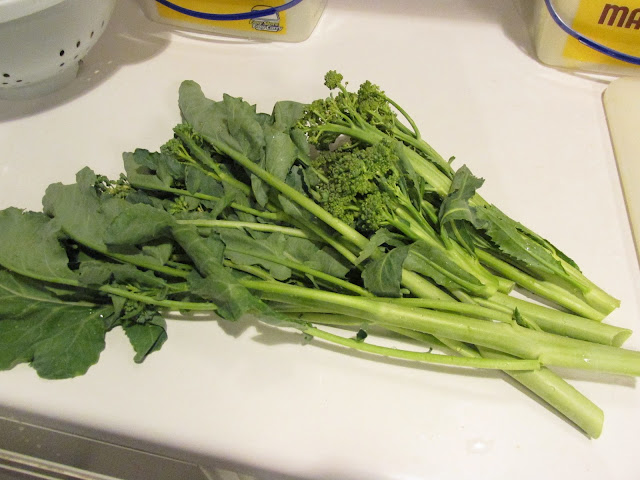 I cut the broccoli side shoots way too long, at least it was only one plant. 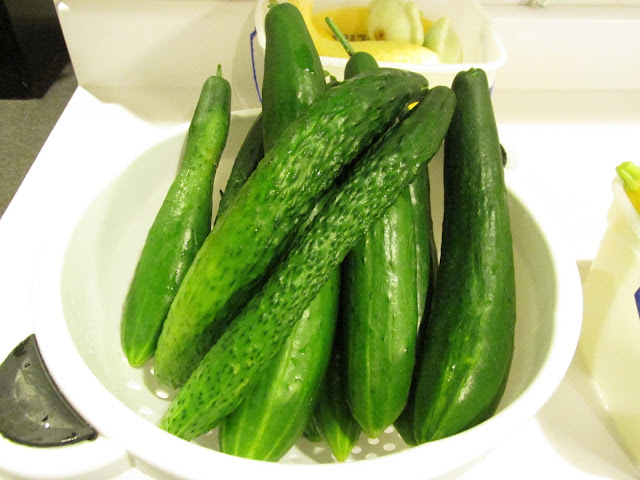 Most of these cucumbers became... 2 quarts of refrigerator pickles. 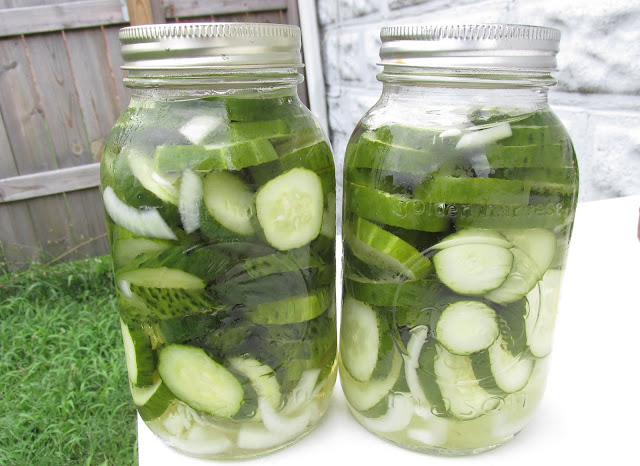 The stems of the summer squash plants look terrible. It’s been raining a lot and I’m afraid that the plants are getting ready to rot out. The heirloom patty pan and hybrid Zephyr squash have been wonderful, they cook up nice and tender with great body and taste wonderful with a sweet nuttiness. I have seen vine borer moths flying around. But no telltale signs with the little pile of sawdust, then again that could've washed away with the rain.

The pole beans are starting to flower and it looks like the bush beans might give one more picking, then they'll get pulled out to give more room to the Brussels sprouts which are looking pretty good.

Please join us at Daphne's Dandelions Harvest Monday. Where you can see what's been happening in our gardens and kitchens.
Posted by Phuong at 1:10 PM 10 comments: