Spring is Around the Corner and the Plants are Getting Big 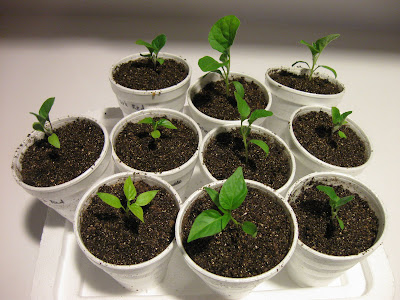 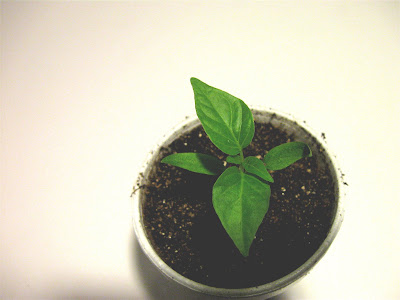 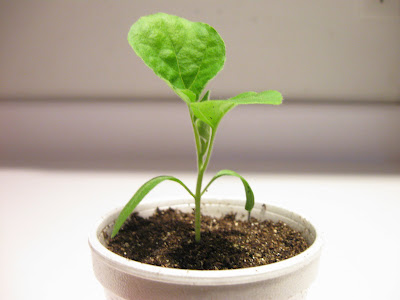 A couple of Early Long Purple eggplants and a single Banana pepper have managed to germinate after only 5 weeks since the seeds were planted January 29th. I went ahead and potted up the tiny little sprouts into their respective styrofoam cups and put them under a regular old clip on shop light that stays on twenty four hours a day. The bigger eggplant, pepper, and tomato plants will begin the long process of hardening off. Meaning they will be shuffled in and out of doors for a few hours everyday to get some direct sunlight and hopefully they will be planted outdoors in 5 weeks. Next week it's predicted to get into the upper 70's up to 80 degrees Fahrenheit! It seems that spring is finally here.
When repotting or planting out into the garden it's my habit to bury them deeper into the soil which encourages root formation along the stem, especially if the plants are a little leggy where the stems have grown extra long in dim light. I mostly only do this for tomatoes, peppers, and eggplants which are from the same family known as nightshades and are the few plants I start indoors.
Posted by Phuong at 8:10 PM