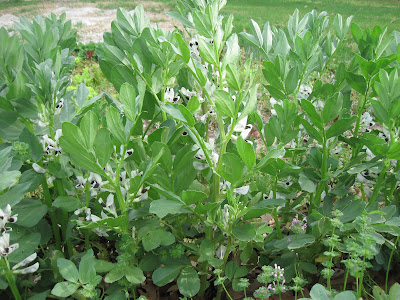 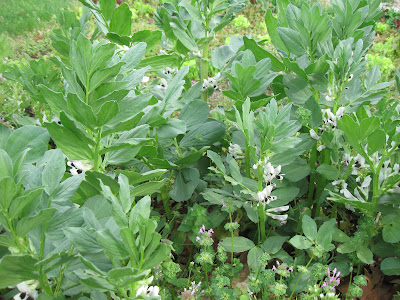 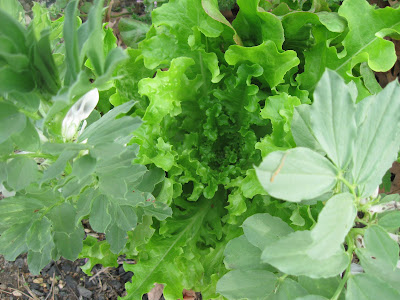 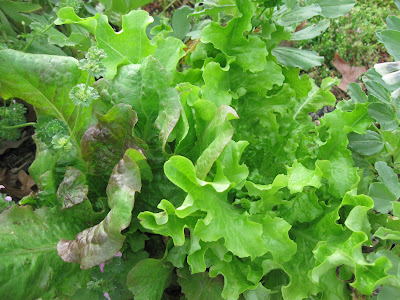 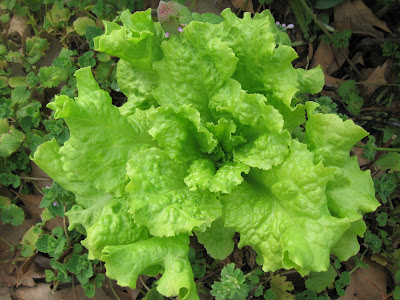 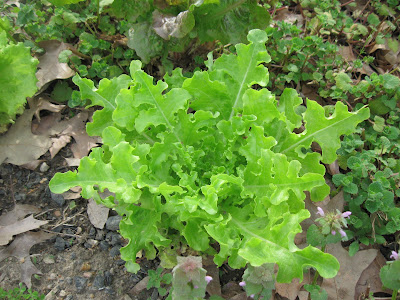 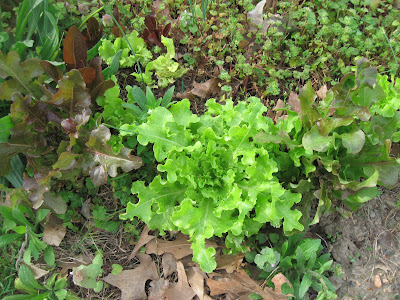 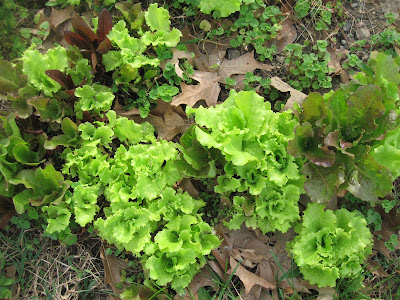 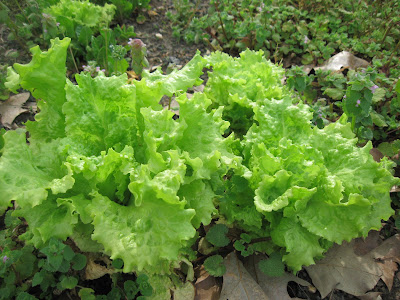 The overwintered free range or self seeded lettuces were mowed down by my husband as their bed was covered in weeds preparing to flower so he wanted to catch them before they spread. The lettuces are coming back quickly with the warm weather. The overwintered fava beans have been enjoying the heat as well and are laden with blossoms but not a single bean has yet to form, admittedly there are very few pollinators about especially since the weeds were mowed down. But still the fava beans are over knee high and not a single pod has been born.

I am still debating whether or not to till the whole garden. Starting over is alluring and oddly seductive. There is the whole clean slate put your plants where you want them thing, but the fava beans are growing so well and it would be lovely to taste some for the first time. My husband says they are utterly delicious.

It has been very warm for such an early spring with temperatures around 86 degrees Fahrenheit (30 Celsius). I have been seduced by warm temperatures before and made the mistake of planting tender tomato, eggplant and peppers out early only to lose dozens of home raised seedlings. This was in an early April in the high mountain desert rather than the river country where I live now. Those lost seedlings were very large and well hardened off, it was a mistake I have learned from.

Big beautiful worms are living in the fava bean bed, I was pulling some weeds and managed to pull up a few lovely worms. Here's to a gigantic harvests of gorgeous vegetables.
Posted by Phuong at 2:44 AM

Hmm, its a hard decision, I must say that I tend to dig my broadbeans as we call them in, but I also love eating them. Can I say that your lettuce are absolutely beautiful. Fancy, all those self seeded lovelies!

Self sowed vegetables in the fall make me happy, no work whatsoever for great returns. I think the broadbeans are going to end up getting dug in, the seedlings will need the space!