On Barbecue, Jalapeno Peppers and Leeks

Fluffy Clouds After a Rain Storm 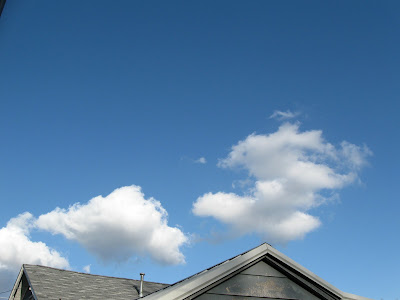 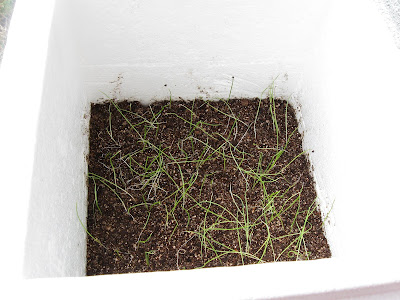 The Strident Anaheims and Simpering Tomatoes 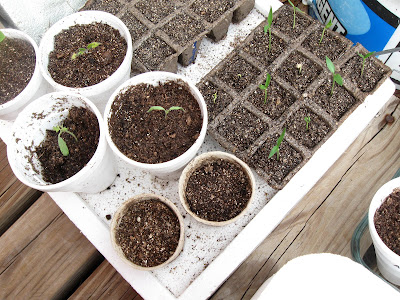 The rain clouds threatened all day and last night they finally gave into a downpour. My kind husband checked on my seedlings outside and brought them indoors before I even asked when phoning home from work. I had been leaving the leeks outside in their little styrofoam container and they are growing sooooo slowly. They are still very small very much in the new sprout stage but when they are as thick as a pencil they'll get planted in the dirty ground. Leeks are so easy to grow and yet they are expensive and rarely available at the grocery store so I choose to grow them rather than the onions which are cheap and prevalent. Strangely enough garlic and mushrooms are also expensive in this part of the US it seems like garlic is rarely used here at all whereas mushrooms are only used to make stuffed mushrooms. The food culture is interesting in this area where there's a Waffle House at every freeway exit and a barbecue joint on every corner. They use the same waffle irons you find in the continental breakfasts at cheap hotels so the waffles end up being thin without any kind of body or crunch because the teeth in the waffle iron aren't remotely deep enough. The barbecue served at the restaurants here consist mainly of cold greasy shredded pork that only taste of smoke served with a smidgen of innocuous and worst vacuous bottled barbecue sauce. But I do have a neighbor who is a gifted at grilling and his barbecued chicken and pork roast is utterly sublime, he even makes his own charcoal using only hickory wood. A very gifted man who has elevated a past time to the level of art. I grew up west where we barbecued whole pigs or half pigs in the Hawaiian manner using a pit in the ground, grilled up huge racks of beef ribs and roasts as well as pork roasts with the hot juicy meat soaked in spicy piquant homemade barbecue sauce.
On to other news. Not a single jalapeno pepper seed has sprouted, not even one and I used both newly bought seed as well as some old seed. It has been four weeks and eight serrano and eleven anaheim peppers have managed to sprout. Maybe the jalapenos need hotter soil temperatures to germinate. Buuuuut the seeds may have been accidently allowed to dry out once, maybe twice. Ugh, I'm so disappointed in myself especially since the salsa recipe I use for canning requires three different kinds of peppers anaheim, serrano, and jalapeno. Jalapeno peppers can have smooth skin or skin with scarring striations running down its length, many people prefer the striated jalapeno peppers because supposedly they are closer to being ripe and are that much hotter. I made salsa one year with serrano and jalapeno peppers that were allowed to ripen to red and boy was that salsa so deliciously hot it could set your mouth on fire.
Posted by Phuong at 4:33 PM