Broccoli and Peppers Potted Up

The Summer Purple, Waltham, and Di Cicco broccoli were sowed by putting a pinch of seed in peat pellets, so they needed to be separated right away. I ended up with way more seedlings than anticipated, 30 broccoli seedlings seems excessive. It's probably a good thing the Calabrese Sprouting broccoli didn't germinate.
So much to do, there are still flowers and lavender to be started which will go in beds in the front yard with the artichokes and sunflowers.

Is it a bad idea to plant asparagus in beds against the front of the house? Are they invasive and will the roots interfere with the foundation? The front yard is on the south side, so it gets full sun all day long.
Posted by Phuong at 1:05 AM 8 comments: 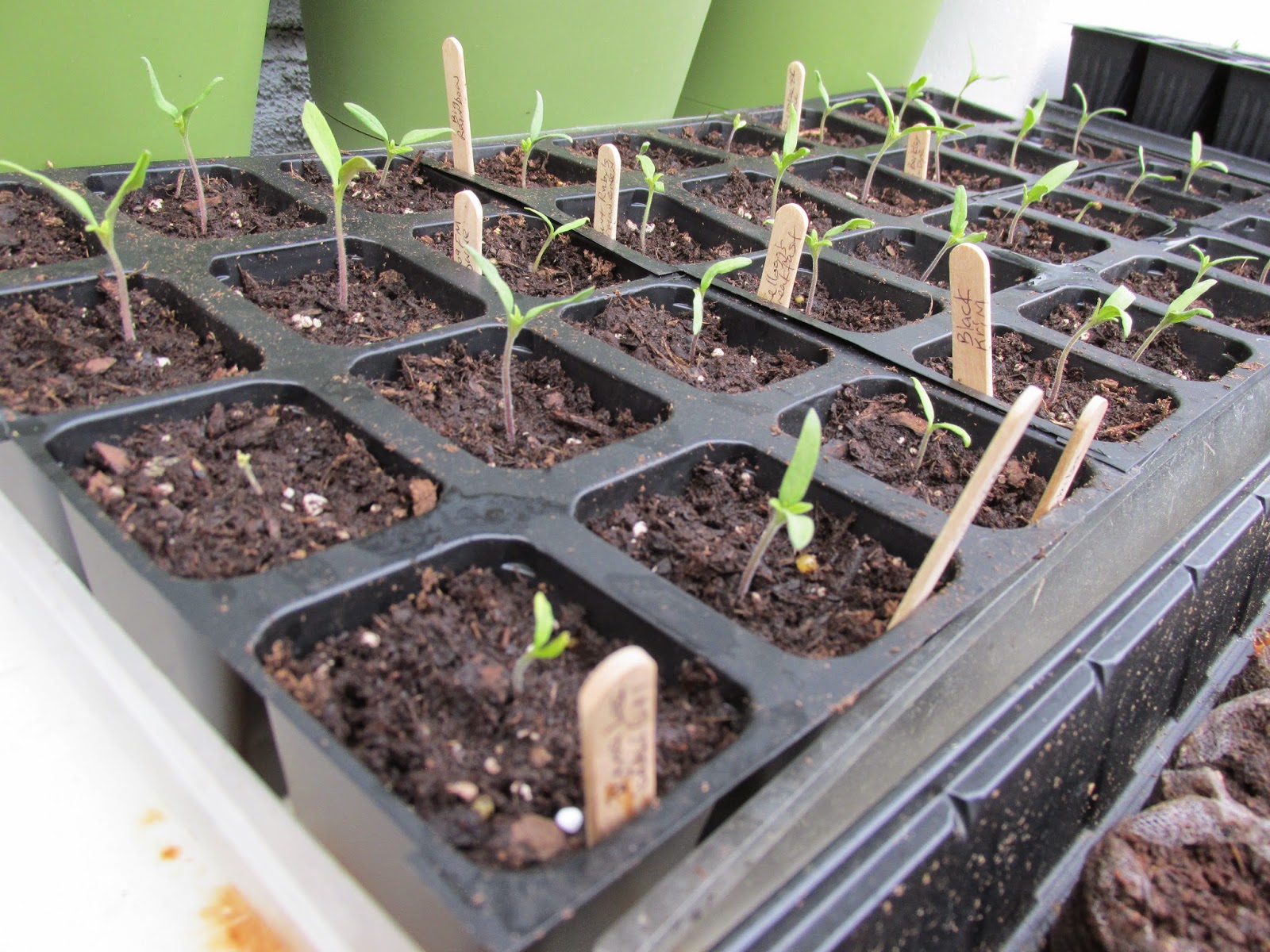 7 of 10 eggplant varieties have sprouted: Aswad, Bangladeshi Long, Ma-Zu, Ping Tung, Malaysian Dark Red, Thai Long Green and Thai Long Purple. Eggplants always seem to be the last to poke their little heads out of the soil.
Posted by Phuong at 5:10 PM 2 comments:

Well the 72 cell seed tray that was planted on March 21st got knocked over on the 28th. After 7 days the tomatoes, peppers, and eggplants had yet to germinate. Usually a few tomato seeds would have germinated by then, so more than likely the seeds were accidently cooked under they're clear lid on a very sunny day that the forecasters had predicted to be much cooler than the 80 degrees (27 degrees Celsius) it turned out to be. Either way, so disappointing.

I had already typed up all the seed varieties I had planted... but went ahead and added more tomato varieties. Everything was replanted March 31st.


We have decided to plant a big stand of corn. I have only tried to grow corn once and it was in desert country versus humid Kentucky. And also it was an abysmal failure. Ha ha. Soil was too sandy and corn was planted in 2 long rows, so there was hardly any pollination.

Asparagus and artichoke seeds have been started. So. Exciting.
Posted by Phuong at 9:58 AM 4 comments: