In case you have been wondering, the growing bok choy from the supermarket experiment has ended. They had seen too many days of cold and began to send up a flower stalk once the weather had warmed. So I dug the bok choy out of their pots and replaced them with mint plants from the store, the larger bok choy had a fantastic root system that filled its planter. 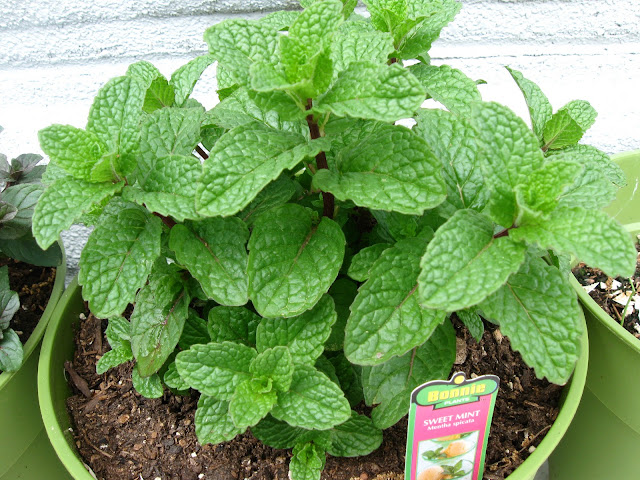 This sweet mint has a beautiful spearmint scent. I am going to let it get a bit bigger before harvesting its leaves. 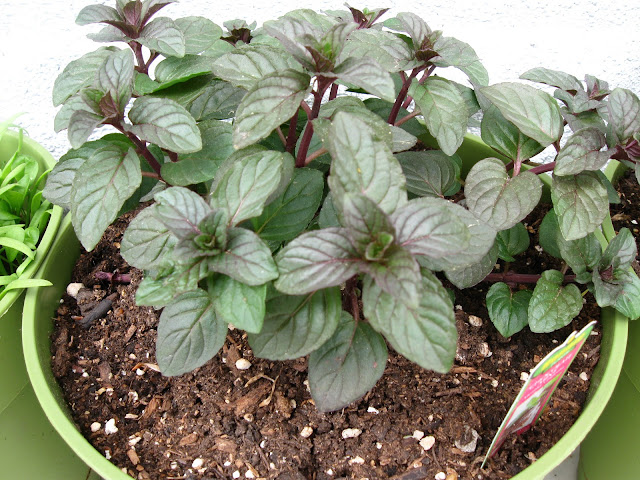 This chocolate mint has the sweetest scent and I find the darker leaves very interesting. Once the mint plants get established in their pots, I will start dividing the plants to get as much mint as possible. Mint is probably too invasive to plant out in the garden in Kentucky, although it was never a problem in the desert when I had it planted in the flower beds with the other perennial herbs.


At night I go out and check on the outside potted plants to see if the eggshells are working against slugs. Looks like the slugs were still hanging out in the newly seeded pots, they were usually found just on the outside perimeter of the pots so it looks like the eggshells are keeping the slimy creatures at bay. But keeping them at bay just isn't enough for me. Even with all the eggshells I've been hoarding all winter for amending the soil, there certainly won't be enough eggshells to protect the whole garden.

So I headed to the home and garden store to pick up some diatomaceous earth which is an organic method of pest control. Food grade diatomaceous earth is an inert abrasive powder oftentimes used in toothpaste and it is supposed to damage exoskeletons of insects like flea beetles, Japanese beetles, squash bugs, and stink bugs by absorbing lipids and thus causing them to dry out and die. This product is also supposed to work for gastropods (slugs) as well as aphids. It is supposed to be harmless to earthworms which is a must. Since it affects most insects I plan on only applying it to the plants that are usually directly affected by these pests. This product will need to be reapplied after watering or a rainfall.

Since diatomaceous earth works by the physical action of dehydrating insects, it is a slow process. I cannot see using it where there is already an infestation of insects, especially since getting the product wet inactivates its drying action. Perhaps it will work as a preventative measure against the eggplant's nemesis, flea beetles.

Sluggo is another organic method to use against slugs that works immediately, I used it on the bok choy planters and the very next day there were less slugs. Sluggo is a biodegradable slug bait pellet containing iron phosphate which is supposed to kill slugs. I ordered it off of Amazon. Once the garden is planted I will probably try to put the slug bait around the seedlings right before nightfall, since slugs mostly come out at night. Mostly.

The great thing about Sluggo is that it actually stops slugs from feeding right after they consume it and then they go off to die. Plus it's safe for wildlife, pets, and humans. 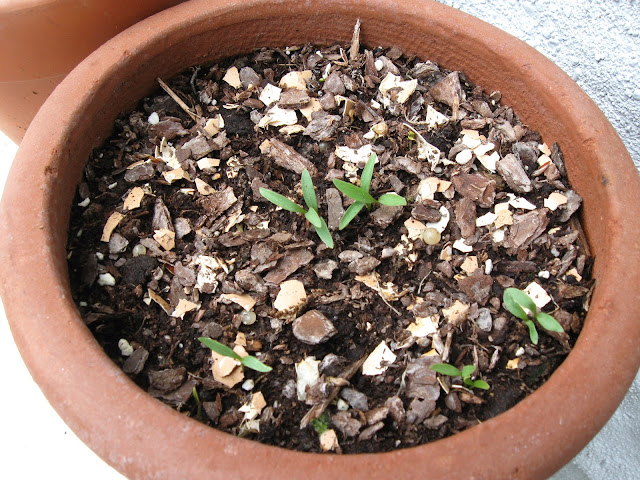 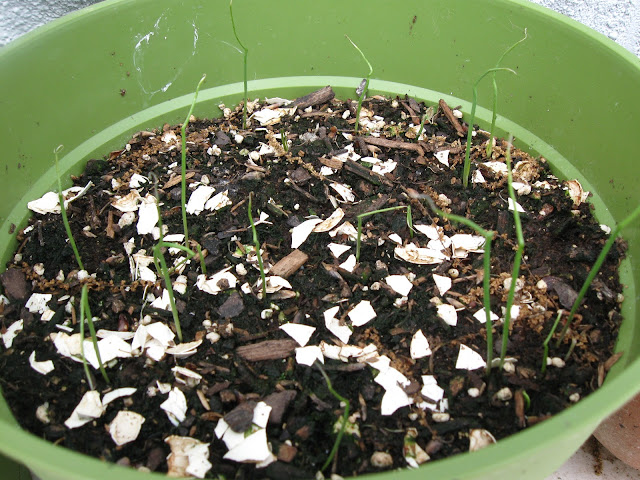 I cannot tell if this is the red bunching onion or garlic chives. One of the planters failed to sprout, I will just have to wait for them to grow up to figure it out. 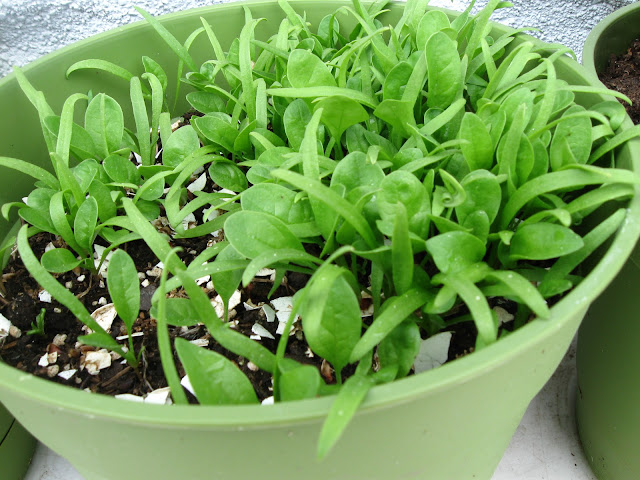 The spinach seedlings are growing very well. I have directly seeded spinach in the ground every year we have lived in this house, and have never been able to harvest a single leaf because the slugs are such menace here. I finally got the bright idea of starting the spinach in pots. 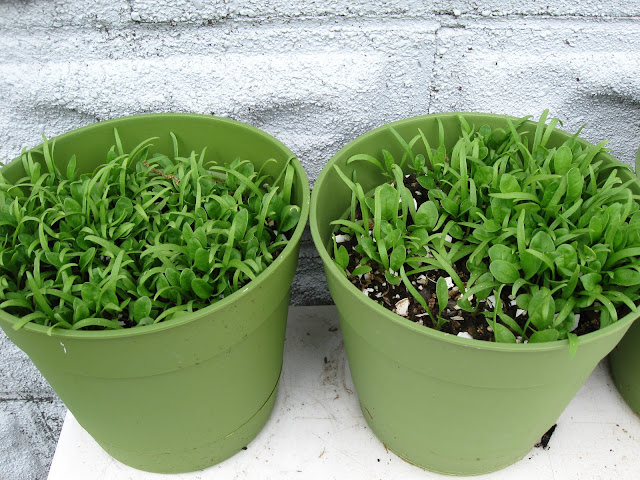 So much spinach. Seeing them makes me downright giddy. The seedlings will need to be planted out in the garden soon, and then they will be protected with a nice sprinkling of Sluggo.

But for the time being, all the potted plants are sitting on a table in the back yard.