Eggshells Keep Slugs and Snails from Eating Plants in the Garden 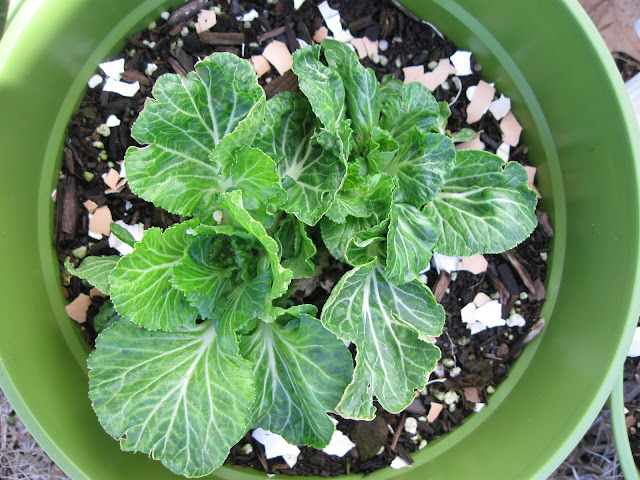 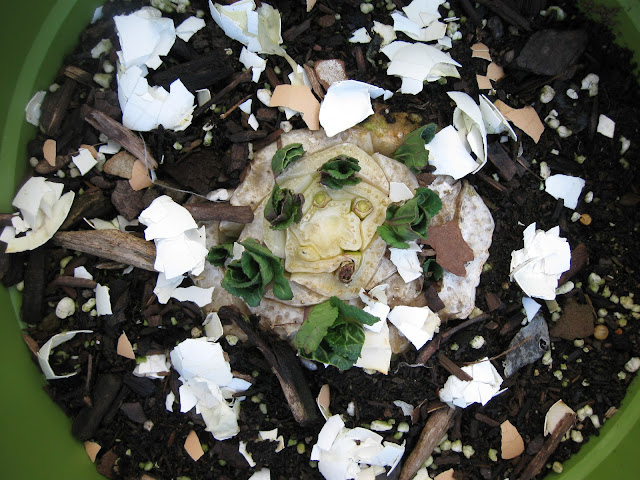 The eggshells are definitely thwarting the slugs in their attempt to eradicate the bok choy that were started in pots from the stubby ends of store bought vegetables. No more bok choy buffet for the slugs.

After just a week, the bigger bok choy has grown by leaps and bounds after the eggshell application. The small bok choy has quickly started to leaf out in just that short amount of time. I thought the plants were stunted from the cold. Nope. They were being munched on. I suppose the eggshells are tough on the soft bodies of the slugs.

Hmm. Now we know what must have happened to the spinach seeds that were planted outside in a pot. I thought they had failed to germinate but more than likely the seedlings were someone's midnight snack.
Posted by Phuong at 1:50 AM