Trimming Tomato Plants To Get Ahead Of Fungal Disease 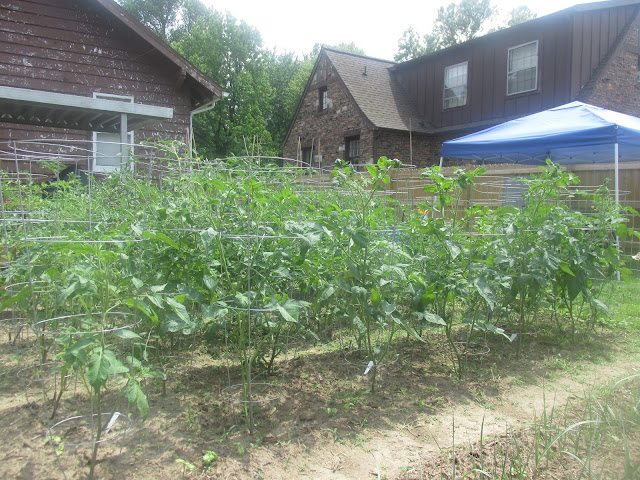 Generally, I don't trim my tomato plants except for dead and dying leaves. But it looks like some kind of fungal disease is already showing up in the garden, so I went through and cleared out leaves close to the ground. This'll create some air flow down there where lots of humidity is coming from the soil.

Normally we've only seen late blight in any of our gardens. Late blight is a fungal disease that thrives in cooler weather. As the weather cools in late summer, late blight sets in from the ground up and quickly takes down the tomato plants. All the tomato plants get thrown away at the end of the season to try to control it. Flea beetles do attack the lower leaves on my tomato plants which eventually yellow, so I've always wondered if this allowed an entry point for the infection. 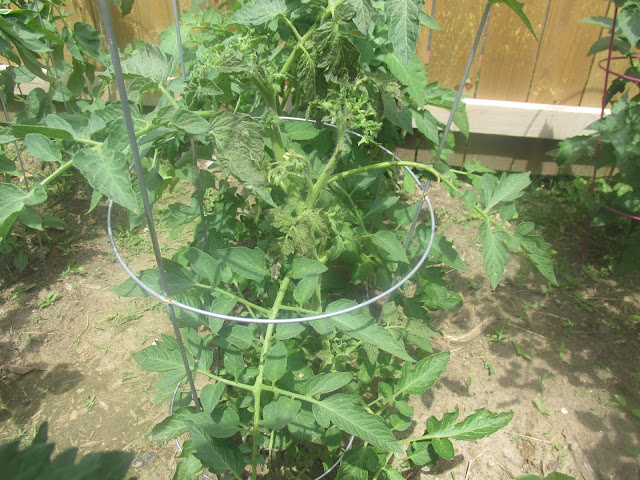 Here's a before picture of the Manyel tomato plant infected with what I initially thought was early blight, which really freaked me out because of the way late blight destroys my plants. I trimmed this plant last and disinfected the shears with bleach and then alcohol afterwards just to be careful.

The greenhouse might have actually promoted the disease since it was very hot and humid in there, and the plants were definitely packed in way too tight so there was no air flow. 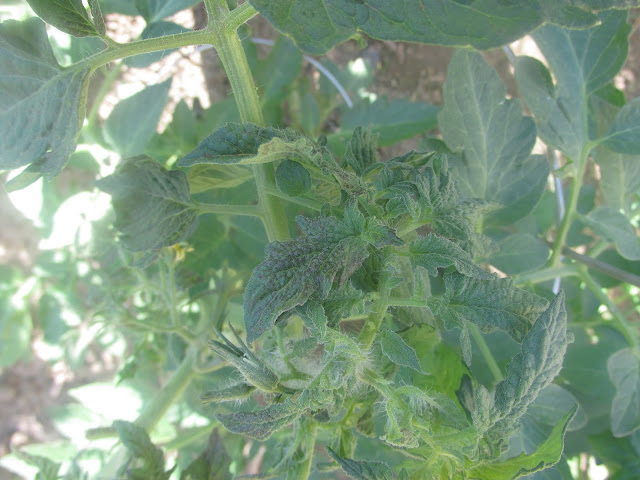 A close-up of the infected Manyel tomato plant. 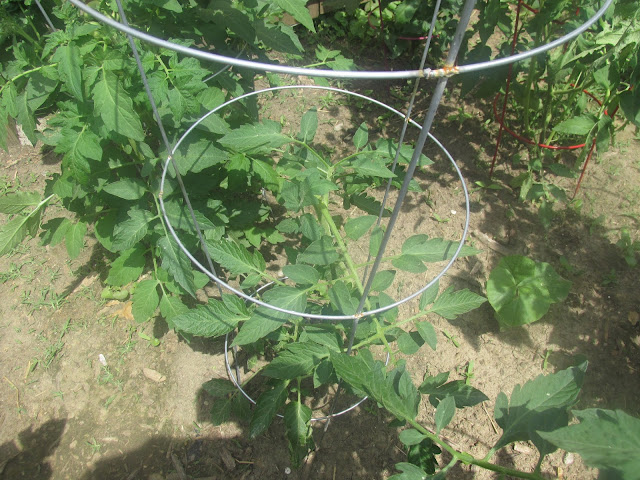 And a picture after the plant got cut back hard. The disease had actually started spreading down the stems, so it needs to be dug up if it shows more signs of it. Afterwards I watered it with one aspirin diluted in water. Supposedly plants produce a similar compound naturally to combat fungal diseases and watering with uncoated aspirin is supposed to stimulate the plant's immune system.

And here's a picture of some interesting bugs I found on the underside of a tomato leaf: 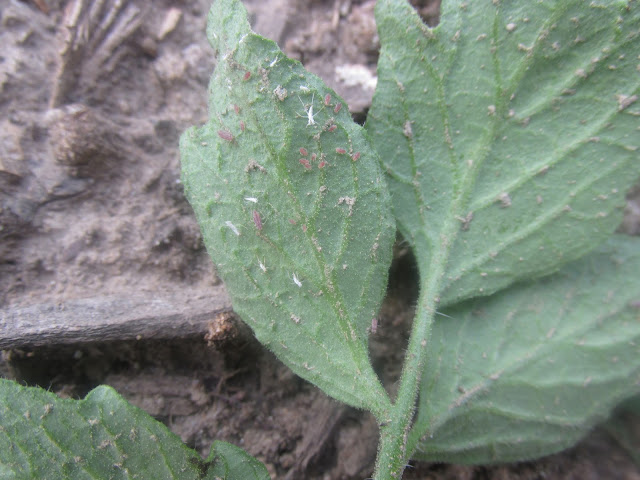 Can you guess what it is? It's the red and white bugs on the left leaf. (The rest is just dirt.) 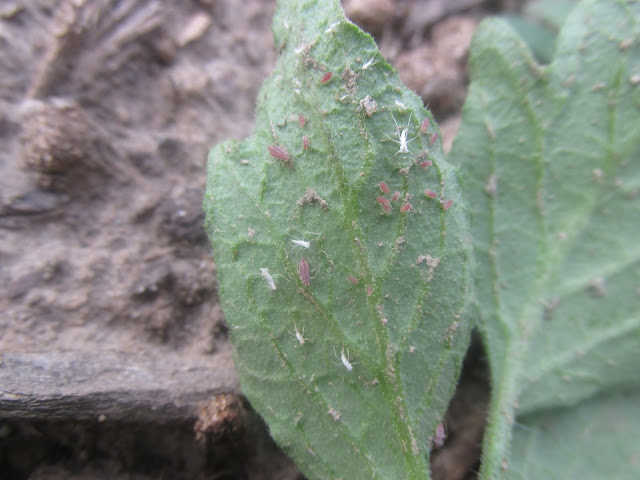 Here's a close up if you can't already tell.

At first I thought they were just the right size for aphids, but they're red. And I looked it up and there is such a thing as red aphids, they're known as tomato aphids. I had only ever seen green aphids before. And they were just on the underside of this one leaf. And to top it off there happened to be a ladybug on that same plant. Coincidence?
Posted by Phuong at 4:00 AM

I trim my plants pretty heavily. I tend to cut all leaves under the first flowers and all leaves that touch the glass of my greenhouse are cut back as well. Of course I remove the side shoots too.

I think I've seen those bugs on my eggplants last year, they were struggling because they were cold at the beginning of the season. The bugs dissapeared though and the eggplants really flourished!

That's interesting that you trim your plants so heavily. It must give you earlier and bigger tomatoes. We have such a long growing season that I never tried to keep them trimmed, but it would probably help with diseases.