Planting Eggplant Seedlings in the Garden 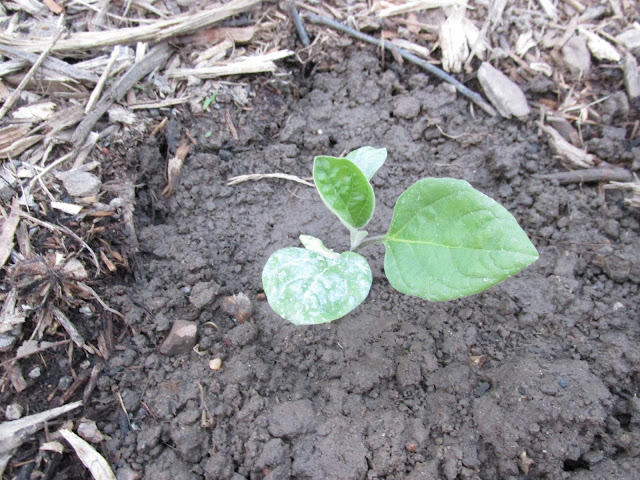 I had re-seeded a few of the eggplants due to low germination, so there's a bunch of 'extra' seedlings that are barely more than cotyledons. 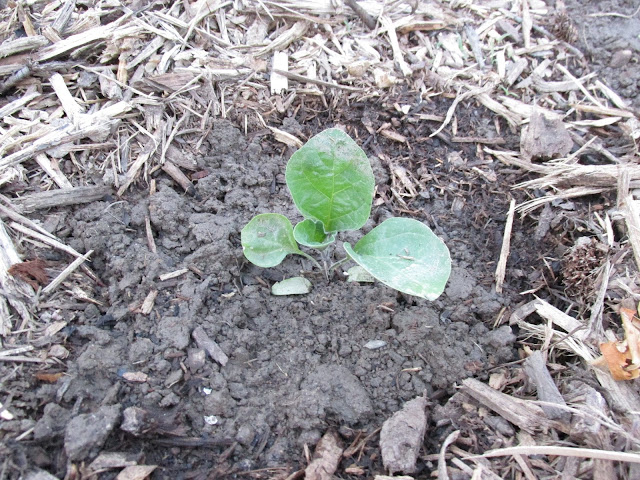 The peppers didn't get planted today. I was a little sore after spending yesterday in the garden, so my working pace was slow. 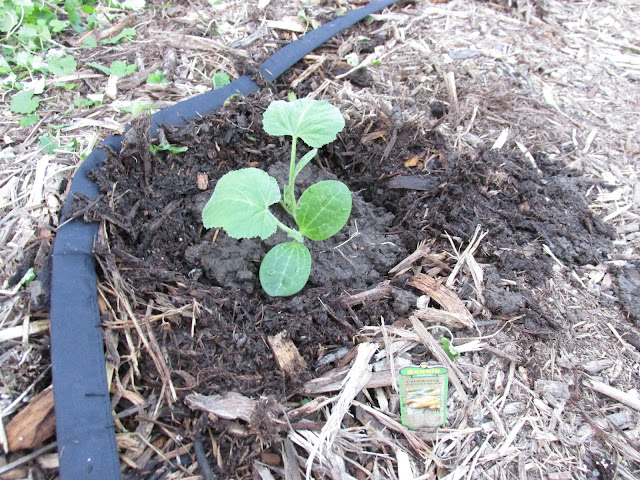 But I did manage to get the summer squash and zucchini seeded and laid down some soaker hoses. I did give in and purchase a little container of Yellow Crookneck. The lure of early squash harvests was irresistible. 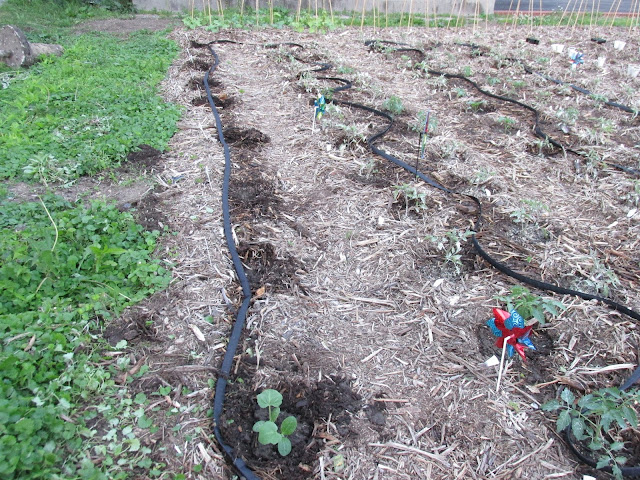 To the left is the newly planted and seeded row of zucchini and summer squash. Underneath the mulch the clay soil is still pretty wet and still cool.

That big swath of weeds to the left will get tilled in and mulched once we get a fence put in. I'll be giving an accounting of the exact varieties planted in the garden later this week.
Posted by Phuong at 4:40 AM

Good luck with the eggplant. I forgot to check my stock of Ping Tung seeds so I have no plants. I may just give up on eggplant because of the flea beetles.

I love eggplant but it can be a pain, slow to start and then the flea beetles. I just planted two, enough for me. The seedlings look healthy, too bad about the tomatoes. That's why we seed extras.

Those eggplants seedlings look amazing! Mine have a bit of freezer burn unfortunately as I forgot to bring them in, together with the peppers, on a particularly chilly night.

Hi David,
I dusted the tomato plants with diatomaceous earth a few days before planting the eggplants out, I'm hoping that lowered the flea beetle population. I had that one fantastic year of eggplants, and I really really want a repeat of that. Grilled marinated eggplant, harissa eggplant, stuffed eggplant...

Hi Mike,
I noticed there haven't been any birds in the backyard since I laid down the soaker hoses, and no more destroyed plants. It'd be wonderful if that took care of it.

Hi Margaret,
Oh no, I hope your peppers and eggplants are ok after getting nipped by cold. Hopefully it'll stay warm and you won't have to worry about that anymore.

We haven't been getting any rain lately and it's been almost hot, so I've been out watering the broccoli and Brussels spouts everyday.