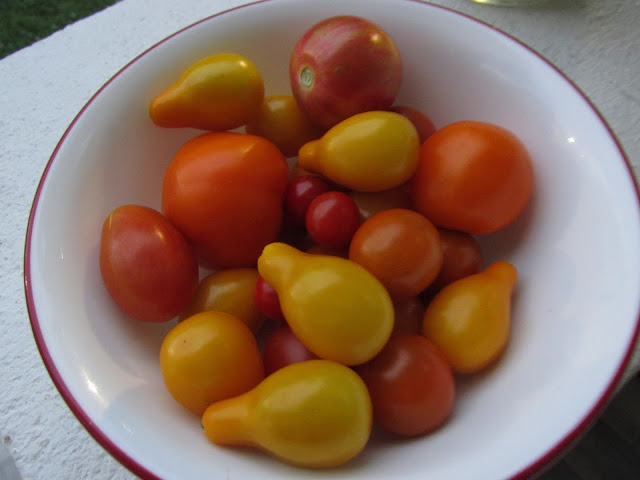 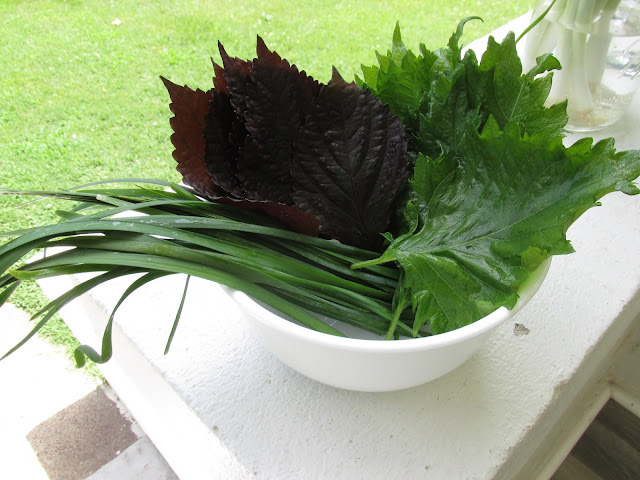 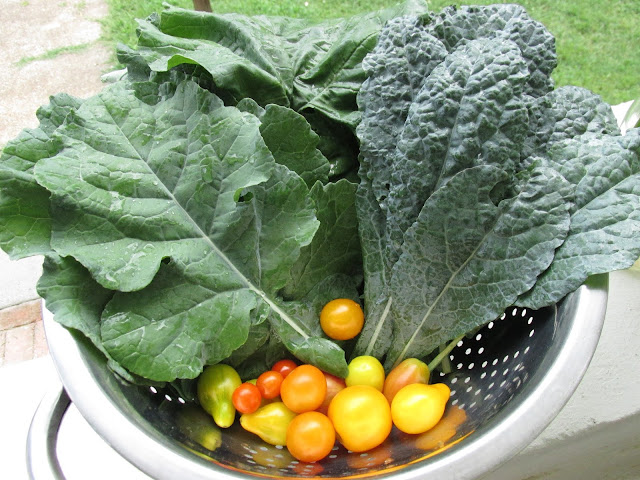 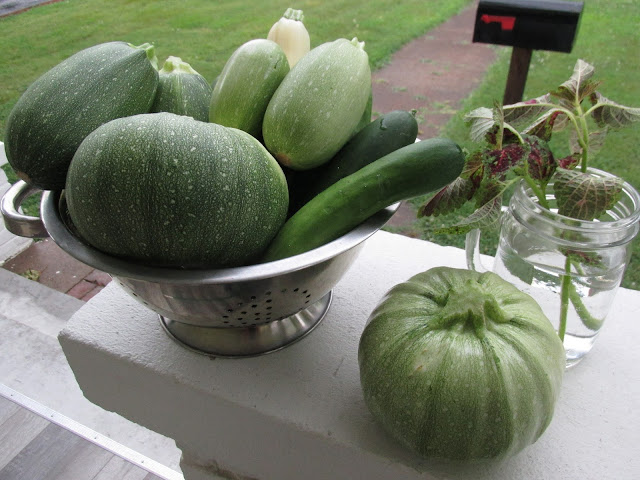 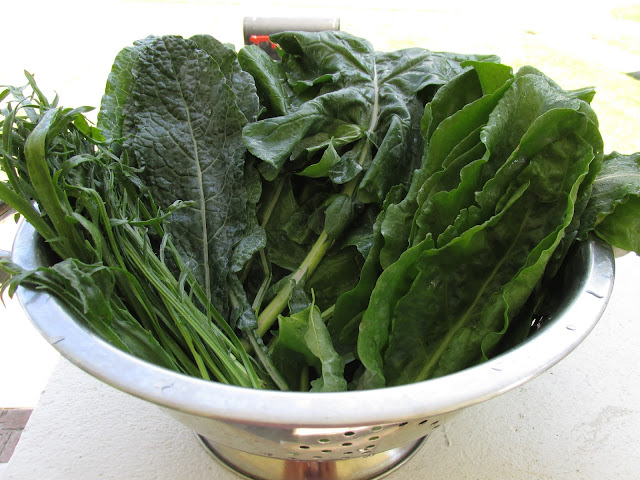 From left to right: Stella, Nero De Tuscana kale, Colza, and sorrel. Stella's slender leaves are crunchy but it has a bitter endnote that I'm hoping cooking will tame. The bitterness could be due to the heat or the fact it's going to seed. Sorrel on the far right is shockingly lemony.
We've also been getting a few Jet Star tomatoes for a couple weeks and they are great in salads and stir fries. The plant has good disease resistance and has bounced back well after being terribly rootbound when planting was delayed. The other large tomatoes are still a ways behind.
I've been eating massive salads everyday for months. Makes me sad we didn't grow any spring lettuce. So, lots of endive, escarole, chicory and lettuce were started over the weekend in preparation for the fall garden.
One note on failures. I had started rhubarb from seed. Had nice beautiful plants, which were then killed by over fertilization. When they say one tablespoon of fish emulsion per gallon of water, that's really what they mean.
Please join us for Harvest Monday, a group of intrepid gardeners, where neither harsh winds, sun, or rain will keep us from growing vegetables.
Posted by Phuong at 9:09 AM

Your tomatoes are ahead of mine, but it won't be much longer now. You have a lovely selection of greens there too. I don't usually grow them in summer since I find the taste of them usually too strong for me.

Hi Phuong, great to see you posting again! Is perilla some kind of brassica? I've never seen it before. What lovely harvests!
d

Those Chiaro di Nizza look pretty neat. I harvested my first Cue Ball squash today. I'm tired of rain! We've had more rain in the past two weeks than April and May combined. At least not Kentucky style down pours. The hardest I ever saw it rain in my life was in KY.

Hi Dave,
Greens can definitely pack too much of a punch during the summer. They're a little less pungent grown in my shadiest bed, but their texture and flavor do improve in the fall.

Hi Will,
The red and green perilla is actually a summer herb that gets fairly tall, it's already 4 feet tall and show no sign of stopping. They're a very pretty plant.

Hi Alex,
What did you think of the Cue Ball squash? The Chiarro Nizza is tender and sweet, and I've been enjoying the fun round shape.

I know just what you mean about courgettes/zucchini. They take some keeping on top of as they grow so quickly. I'm trying to pick them small but some manage to dodge the bullet and become monsters.