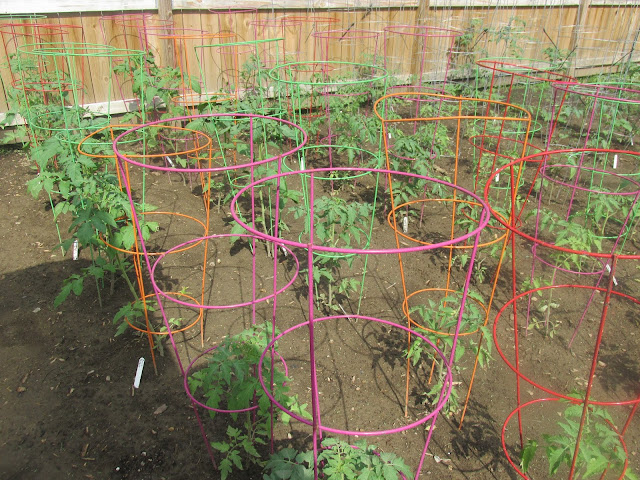 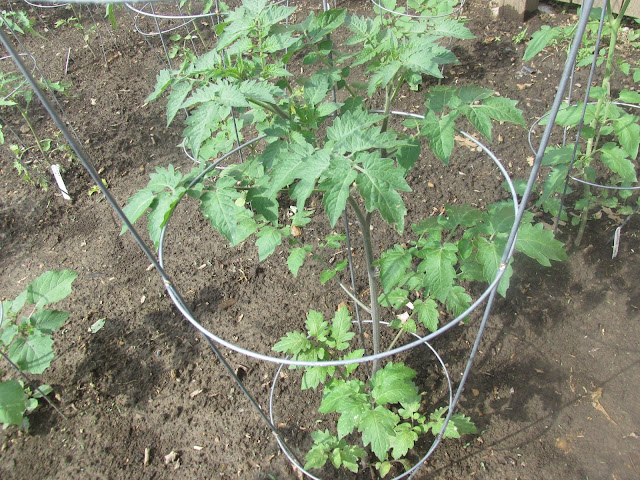 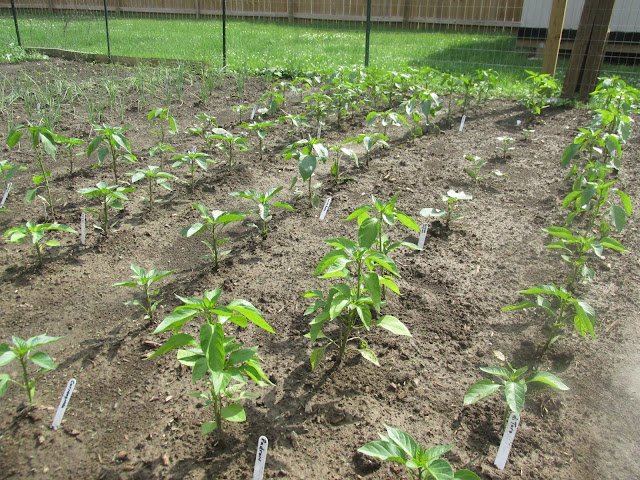 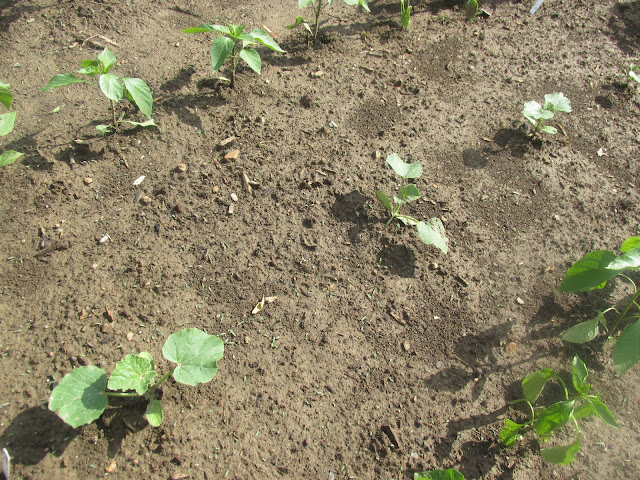 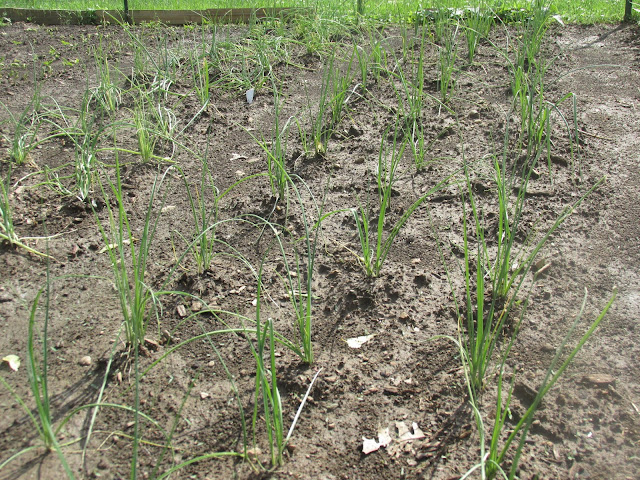 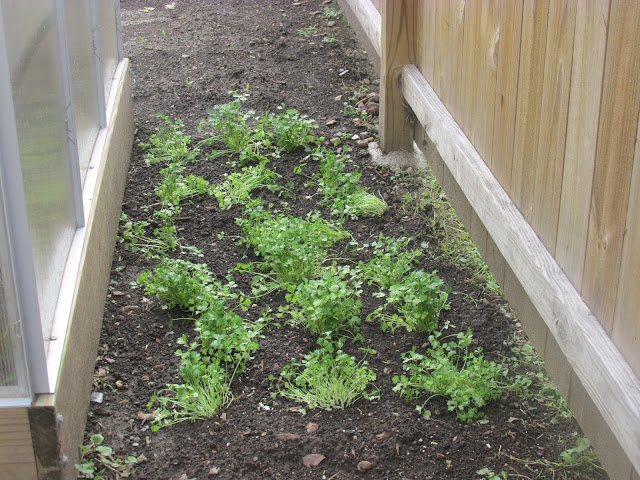 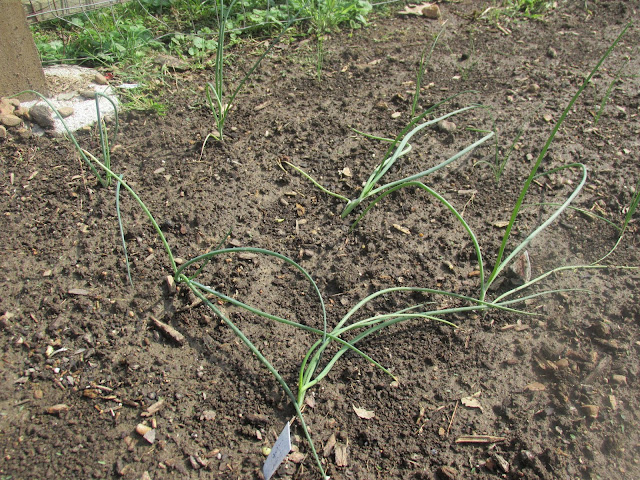 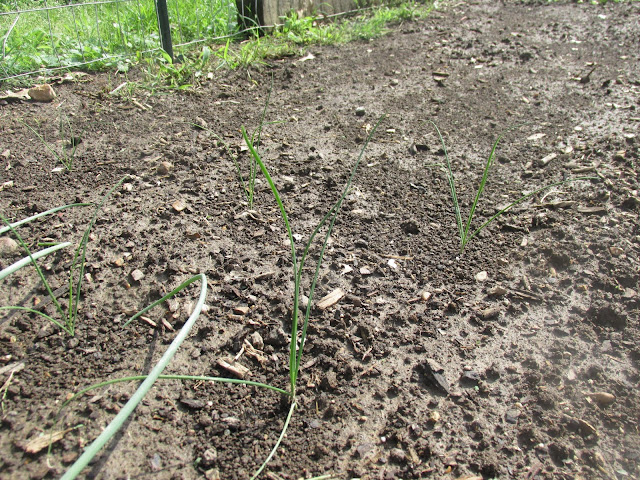 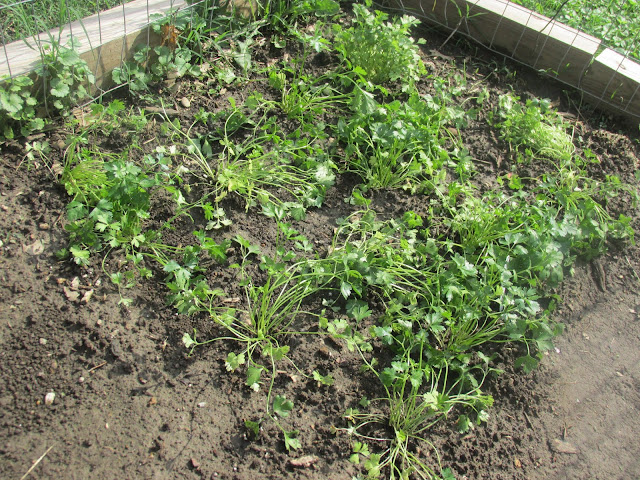 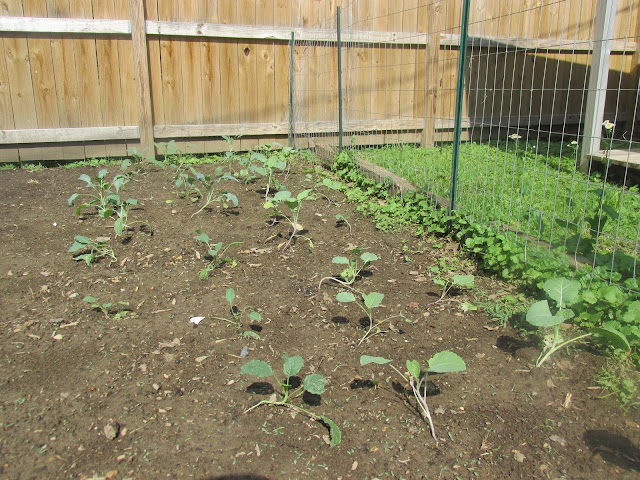 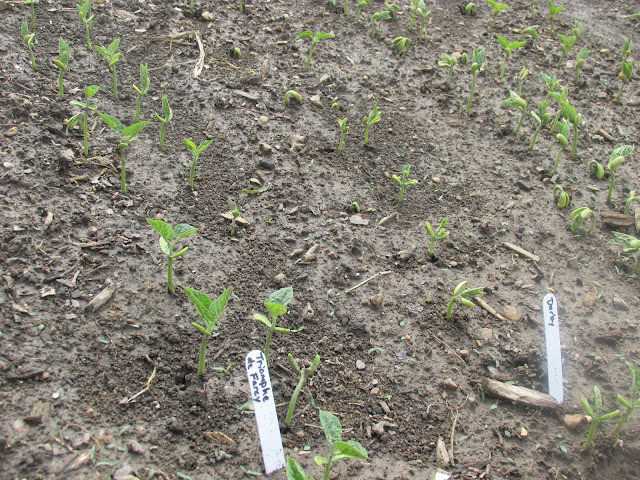 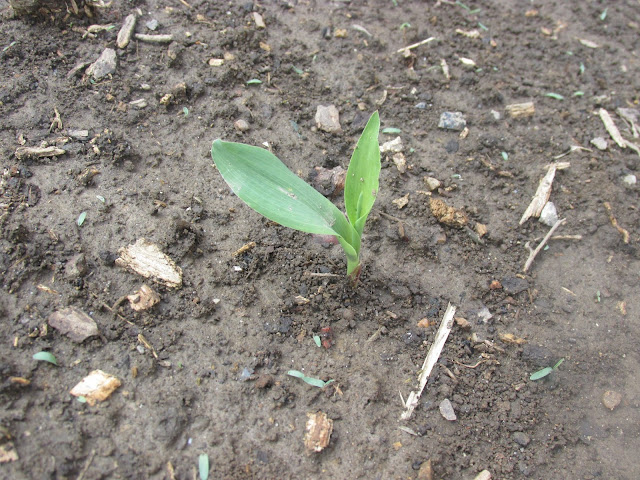 I hope everyone's spring is warming up nicely and it's not raining too much wherever you're located. I'm really hoping it'll be a fun and fruitful gardening year.
Posted by Phuong at 7:02 PM

We have still to plant most of the crops that you mentioned here bit all are growing in the greenhouse so if=t shouldn’t be long now,

Hi Sue,
It looks like you're really close to getting all the beds worked up and ready to plant. And the things you've been able to get in the ground look verdant and happy.

You got all that done in 2 days! That's impressive, especially in the heat and humidity. I've hardly seen any sun the last couple of days because the fog has been so thick and low. Temps barely get into the 60's. We had warmer weather in February. Spring veggies are happy but the summer ones are pouting.

Hi Michelle,
My husband actually helped with planting so it went really fast, and he put in the cages. That's one of the gardening things he helps me with, the other things are tilling and taking down the garden.


It sounds like you're having some crazy weather. Days of thick fog would be strange to me, hopefully it'll get a little warmer soon so both your spring and summer plants are happy.

Each year I think that tomato plants look tiny when I put them in the ground, and each year they surprise me in how quickly they grow. Just this afternoon I was looking at my transplants (that are going in the ground this weekend) and thinking how small they looked, but when I compared them with photos from prior years, they are pretty much bang on. Your a trouper, planting up the garden in 90 degree weather - I can only manage a half hour here and there during the day when it's hot.

Hi Margaret,
Tomato plants are monsters, they just grow so quickly once it warms up. And I think you're transplants are looking good, they'll definitely take off once they get in the ground. I'm just glad the garden is mostly in, there's just a few things left to do but it doesn't feel overwhelming.