Peppers and Eggplants Planted on May 10th 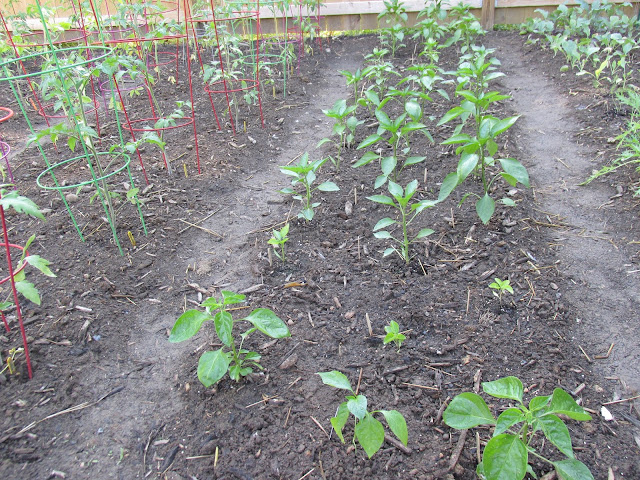 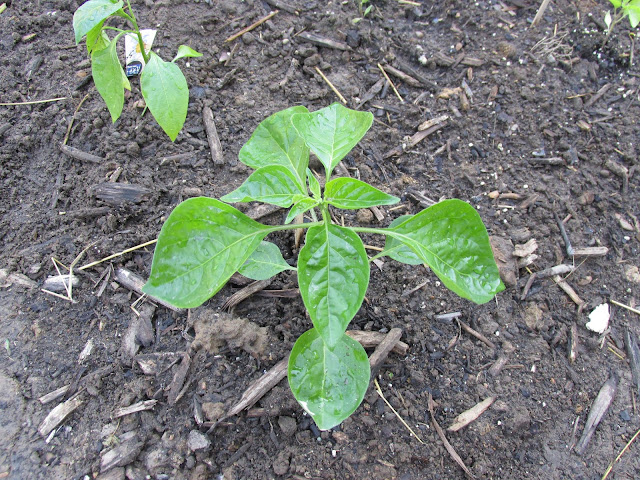 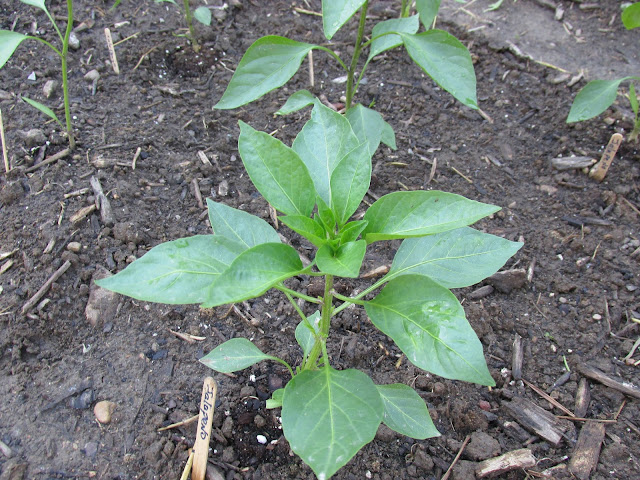 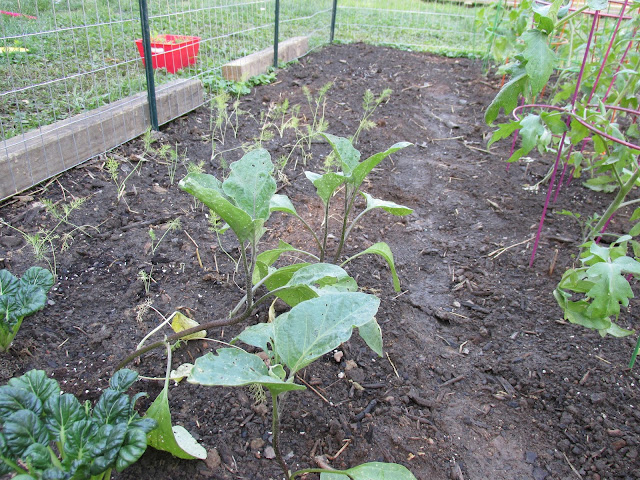 Three Violetta eggplants sharing a bed with tatsoi and Di Parma bulb fennel. At the end of the bed will be 3 tetra-pods of pole beans. 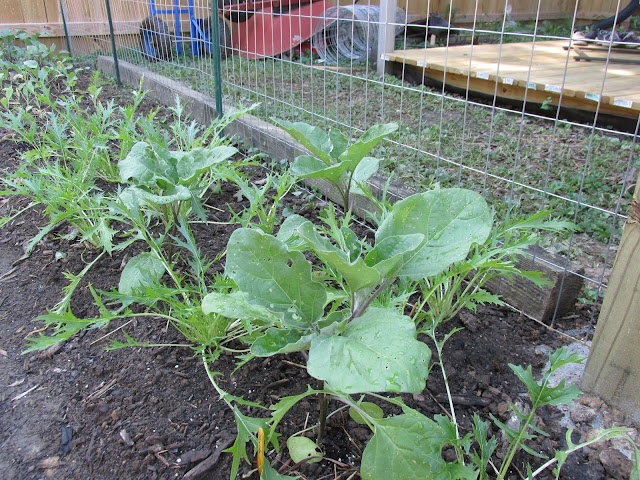 Three Tonda eggplants sharing a bed with mizuna, Mantovano bulb fennel, Winner (F1) kohlrabi, and Kolibri (F1) kohlrabi. And a row of cucumbers will also be planted along half of the fence line.

The peppers and eggplants were all planted out on the May 10th in the garden. I was out at the garden center looking for some Hungarian Hot Wax peppers since I only had one seedling of that variety germinate, but since they didn't have the Hungarians I ended up picking up some Hot Banana peppers instead. Hopefully they're good in salsa. Here's the list of peppers I grew from seed.

Only 6 eggplants were planted in the garden and there's definitely a few flea beetles around. I'm treating the soil with beneficial nematodes again this spring. I've only seen one grub in the garden this year, after watering in the little creatures last spring. Either way, the nematodes really seem to help because we were infested with flea beetles before. You used to be able see them just teeming in the soil.

It must be great to be able to grow peppers and aubergines (eggplants) outdoors. The number of plants we can grow are limited as we can only grow them in the greenhouse.

Hi Sue,
That's too bad that you have to grow tomatoes, peppers, and aubergines in the greenhouse which must be very limiting.

Peppers do very well here if we get them in the ground early enough. It actually gets so hot here that they stop setting fruit during August.