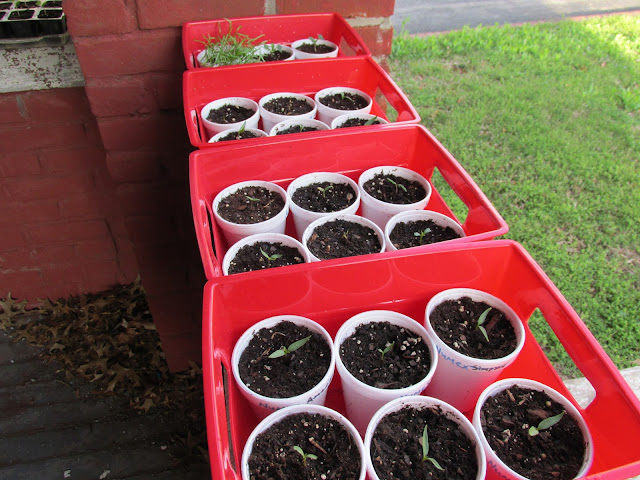 At the end of February I started a few vegetable seeds in the basement next to the furnace and water heater. On sunny warmish days the seed tray goes outside to soak up some sun. But alas, birds found the tray and pulled up a few just emerging sprouts.

The little pepper seedlings were potted up into individual Styrofoam containers. I'm a bit worried about the peppers that haven't emerged, Serrano and Anaheim are great peppers for salsa. It's definitely getting late in the seed starting season.

Back in March my husband came home with a couple of quart jars of salsa he found in the shop. Both jars were from the 2013 growing season. That was just a fantastic year for our homemade salsa, it's like eating bottles of sunshine.

Hopefully this year will be a good for tomatoes and peppers, so we can do some serious canning.
Posted by Phuong at 4:12 AM