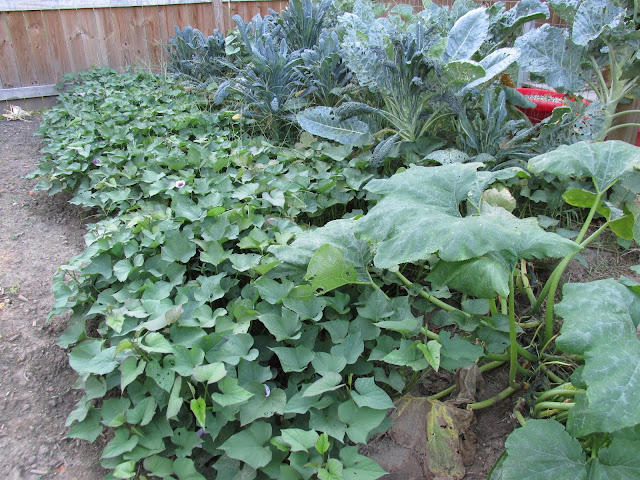 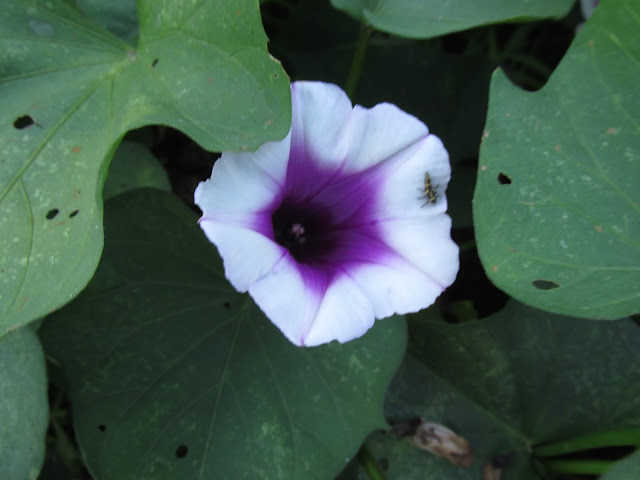 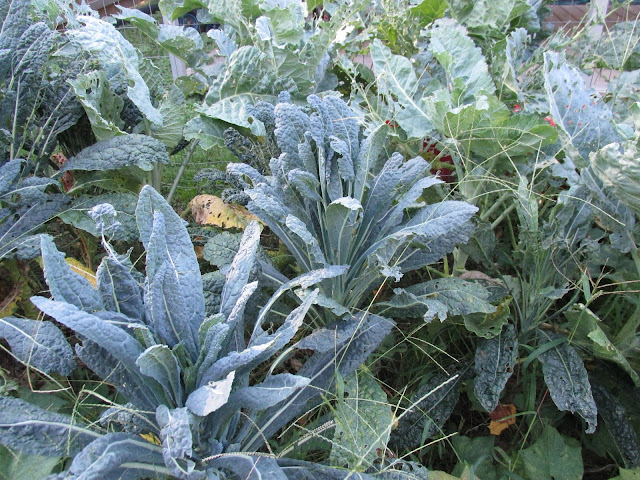 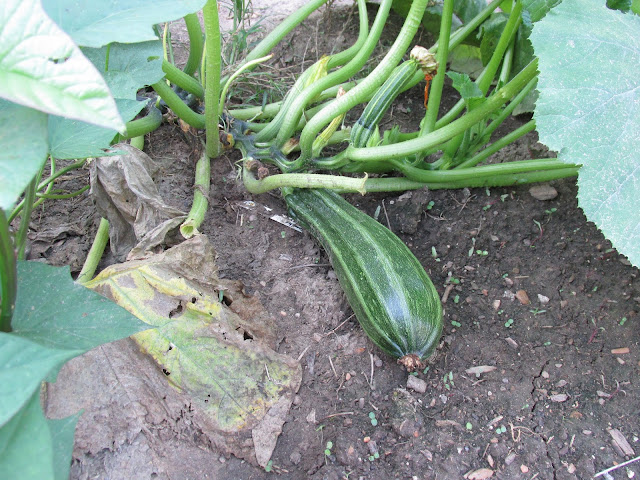 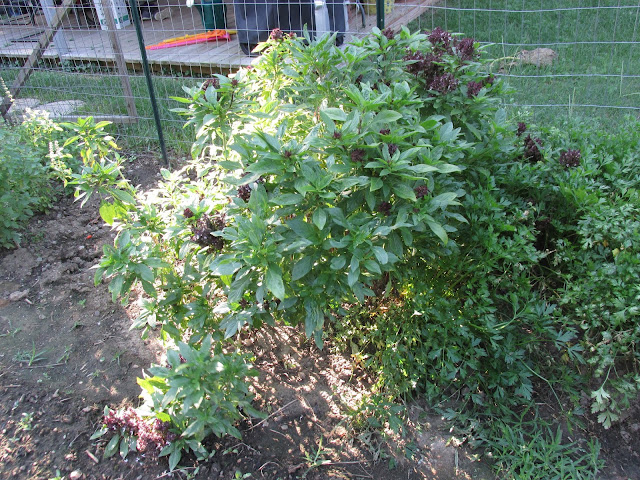 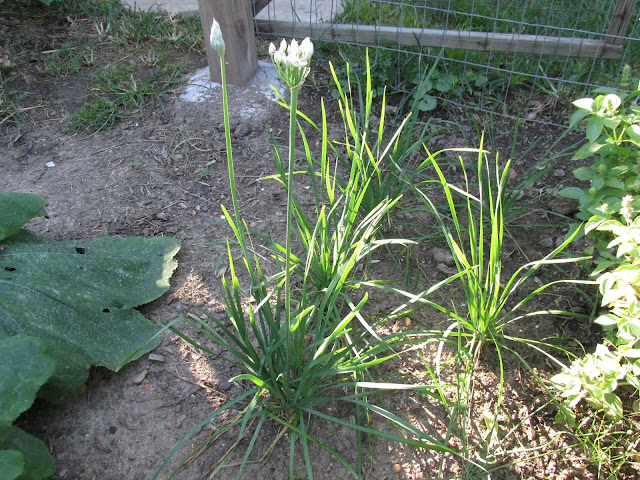 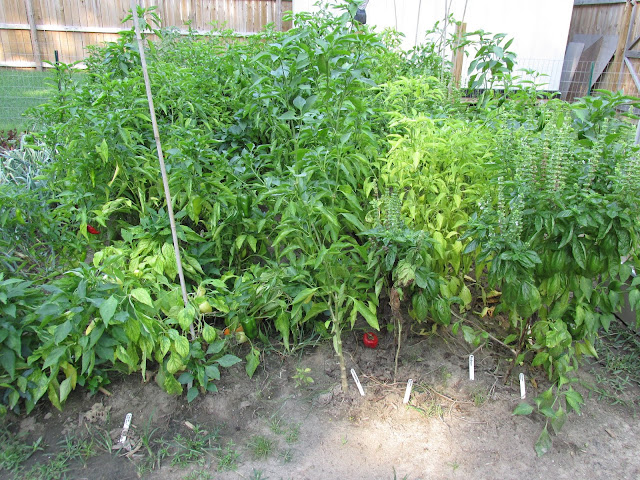 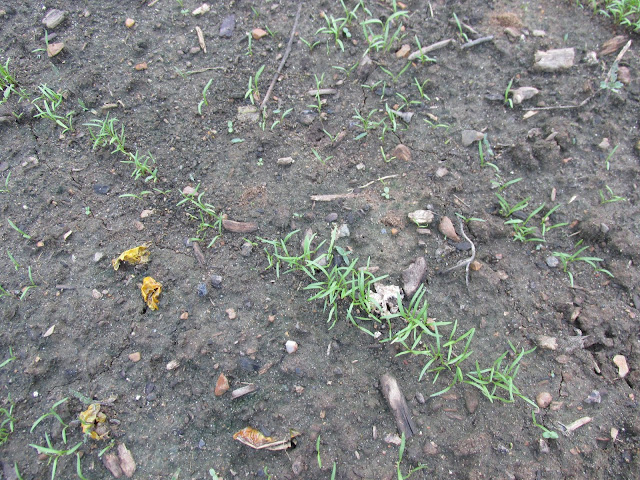 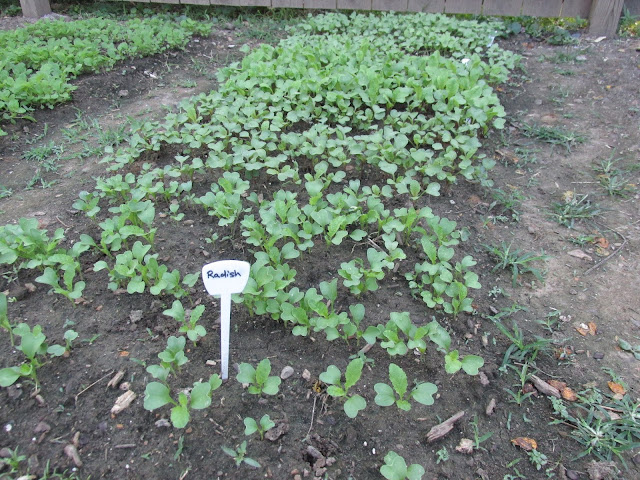 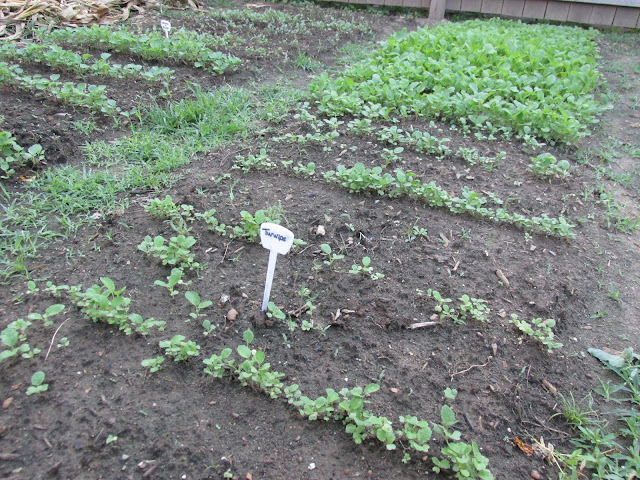 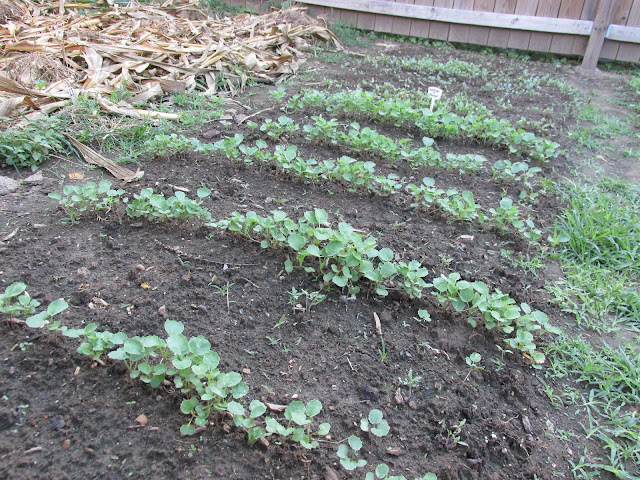 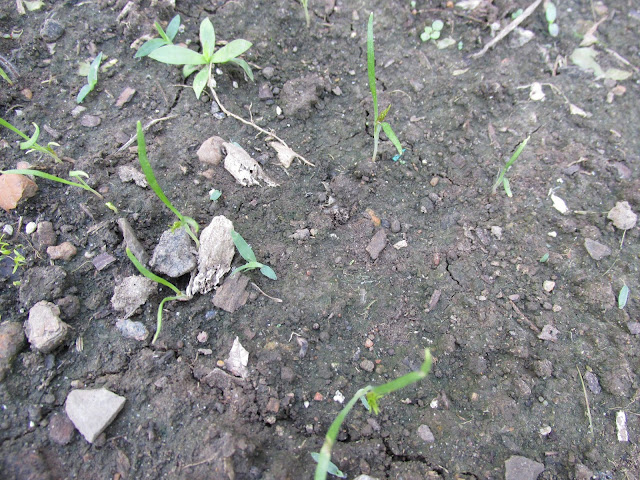 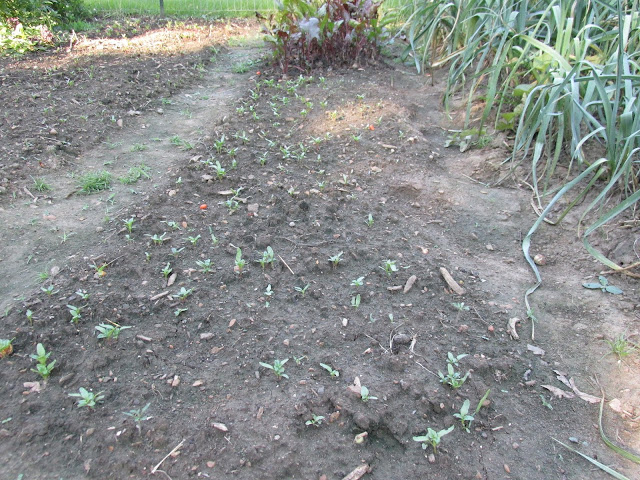 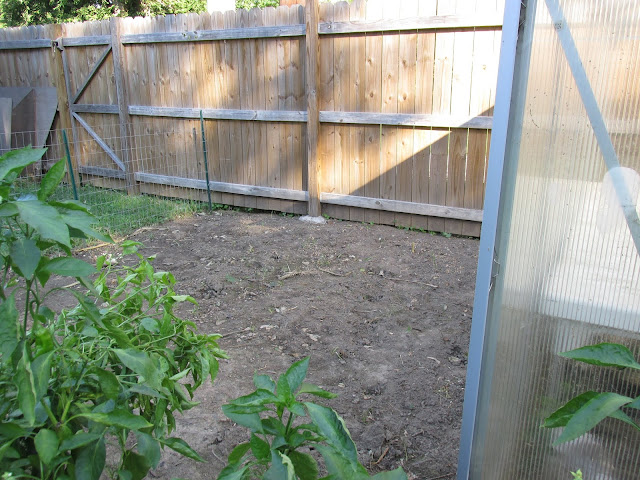 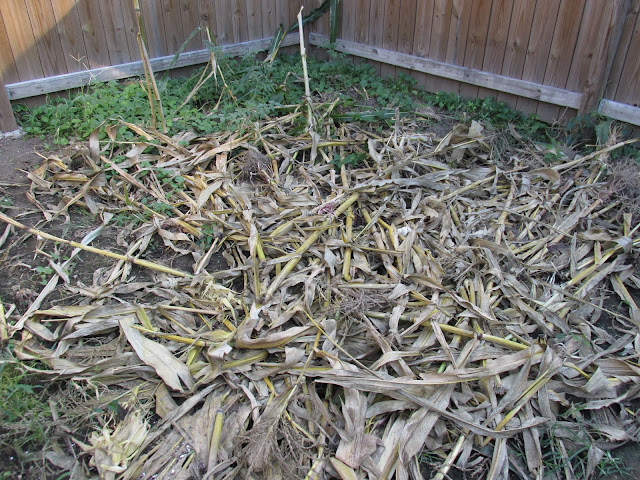 There's still lots of planting to do for the fall garden. I've got to get greens, peas, and lettuces in soon. Lettuces get pretty dirty from rain splashing soil on them, most people mulch around them or plant them close enough that doesn't happen. My instinct is always to overplant and overcrowd things. When it comes to greens and such, it does seem to help keep them cleaner.
Posted by Phuong at 3:00 AM

You sow lots of things at this time of year. We tend to be clearing beds rather than replanting and sowing,

Hi Sue,
The fall garden is a more relaxed affair. Direct sowing takes a lot less time than transplanting or potting up things. Hopefully I've planted early enough, there's time for everything to produce before the really cold weather hits.

You tend to get great harvests through autumn and early winter with your brassica plantings, carrots, and leeks. It's impressive how big your carrots get, we might try a spring or early summer planting of them next year.

Ugh - those cabbage worms are the worst! You are still in the midst of it with all your fall plantings - I'm not doing anything for fall this year but rather concentrating on finishing up a lot of the leftover stuff from this summer. It's been so hot and with everything else going on, I've not even finished mulching some of the front yard beds. With the kids back in school next week, it will be full steam ahead on that front.

Hi Margaret,
This summer has been way too hot. Plus, it's nice to get things cleaned up and put to bed after a hectic summer. Your asparagus did very well this year with lots of nice big spears. It's surprising how easy it is to start asparagus from seed, I wouldn't hesitate to do it again if I ever got the space for a permanent bed.

You still have lots of veggies going in your garden! My peppers have been breaking some of the branches with the wind, and they are in cages even. Several of my sweet potato vines are blooming too. Do you ever eat the leaves? I've been wanting to try it, because I know some folks say they are tasty.

Hi Dave,
It's crazy that the pepper branches are breaking even with them being caged. It has been a strange year, weather wise. We've finally gotten some rainfall. Yay, a reprieve from watering.

I have definitely been eyeing the sweet potato leaves, but I'm also nervous about impacting the potato harvest. My dad and his wife say they are tasty, so I'll probably end up sneaking a few young leaves in some soup.